EdinburghFoody was invited to join other bloggers, food, travel and drink writers at the Chef’s Table at the Printing Press Bar & Kitchen at the Principal Hotel, to taste the very best of their seasonal dishes, prepared under the watchful eye of Executive Chef Colin Fleming. 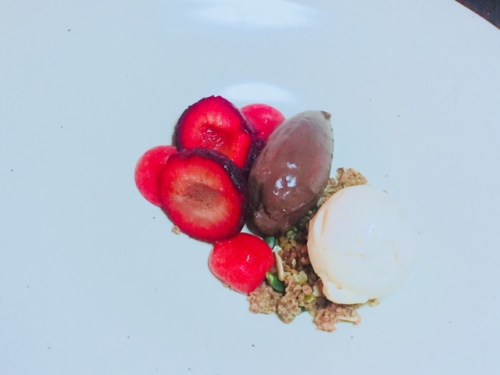 The understated and rather shy, Colin Fleming has been a part of the Scottish restaurant scene for over 17 years working with the likes of Nick Nairn and Martin Wishart. In his extensive career, he has worked at some of the country’s best restaurants including The Road Hole restaurant at The Old Course Hotel in St Andrews, Restaurant Martin Wishart in Edinburgh and the Kailyard Restaurant by Nick Nairn in Dunblane.

The restaurant on George Street, part of the Principal Hotel, nods to the capital’s rich literary heritage. Number 25 was home in the 1780s to the acclaimed novelist Susan Ferrier, the equal of Jane Austen according to Sir Walter Scott, and Robert Burns was a frequent visitor. Late in 1840, records show one John Oliphant living there – and Oliphant’s and Ferrier’s descendants founded Oliphant, Anderson and Ferrier, one of Scotland’s most prestigious publishing houses. 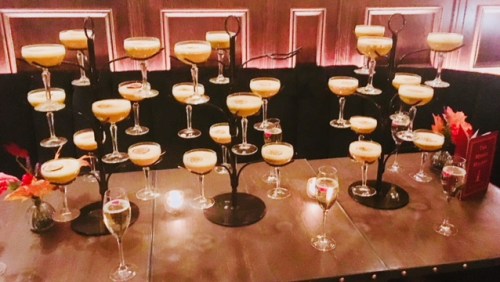 A cocktail tree to start the evening off

The restaurant was restored as part of the multi-million-pound investment the Principal Edinburgh underwent some years ago, with the former Tempus Bar & Restaurant reopening in 2015 as The Printing Press Bar & Kitchen.

Sara Cosgrove, Design Director on the project, worked with award-winning interior architects Goddard Littlefair and restaurateur Des McDonald on every detail of the scheme, from architectural restoration to paint finishes, lighting design to final touches such as the vintage typewriters and classic Scottish novels.

The five course menu showcased the world-class quality ingredients in Scotland and as Executive Chef Colin Fleming said: “are at the heart of the menus served in the Printing Press.”

We started with an amuse bouche of a fig and red pepper tart, with Crowdie, mustard vinaigrette, which was a winner with all those around me, with the sweetness of the fig and pepper, offset beautifully with the sourness of the Crowdie cheese and acidity of the dressing. 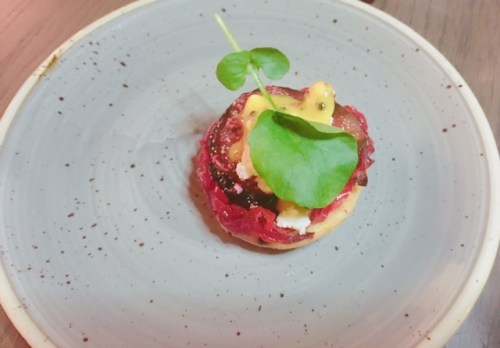 Next followed a hand-dived Orkney scallops, with orange-braised endive, with a squid ink sauce, served with La Serre Chardonnay from the Languedoc-Roussillon region in France. With my seafood allergy, I passed on this but was served a quenelle of smoked haggis, with sweet puréed neeps, and a wafer thin crispy potato. The paired Chardonnay, had an intense nose with notes of toasty spice, lemons and crisp green apple but on the palate the wine is soft and smooth with vanilla, enriching the peachy appley fruit, which went very well with the richness of the haggis. 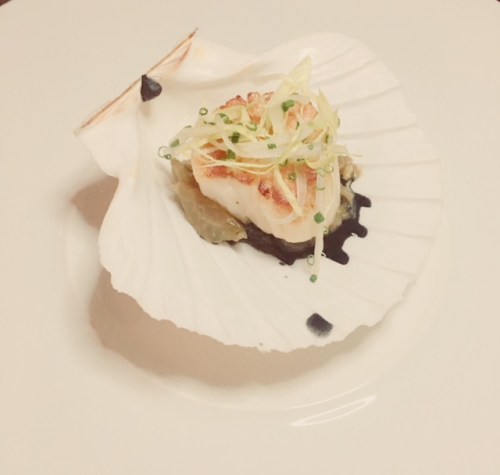 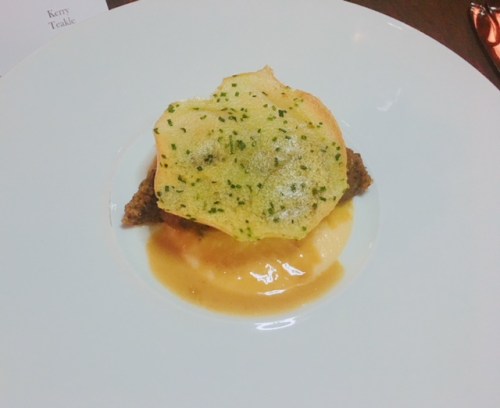 Herb gnocchi, with trompette mushrooms, and pecorino followed, serve with The Spee’Wah Pinot Grigio from South Eastern Australia.   Light-bodied with a crisp finish, this wine had aromas and flavours of pears and apples alongside tropical fruits and worked well with the little pillows of soft potato. 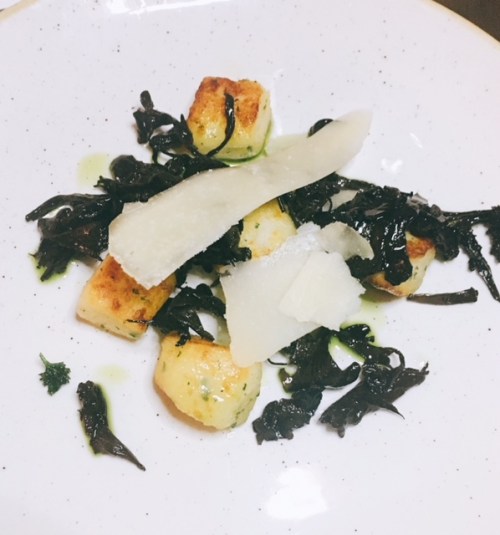 The winning dish for me was the Huntingdon Farm Barnsley lamb chop, served with a sweet, rich lamb faggot, a dauphinoise croquette, and spinach. The paired red, a French Hubert et Fils Cotes du Rhone, had aromas of redcurrant, thyme and liquorice, with soft and smooth tannins on the palate worked with this dish that was a celebration of autumnal flavours. 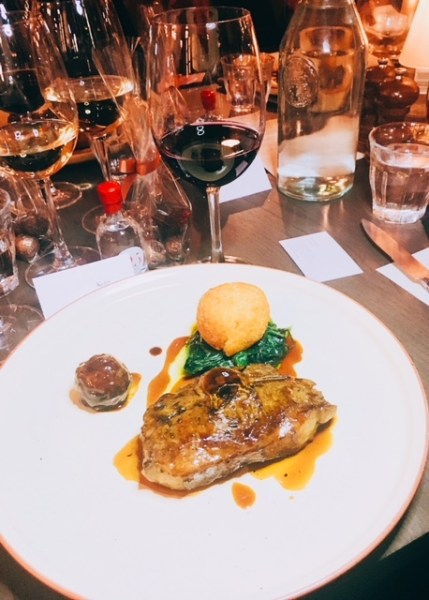 Not one but two desserts, or in my case three

We were then treated to not one but two desserts, although in my case, I’m ashamed to admit, I had three.

First up was a passion fruit posset, with fine slivers of liquorice-infused pineapple and coconut macaroons, served with a Taittinger Burse Reserve NV Champagne.

I was so intrigued by the liquorice infused pineapple, a flavour that can divide a room, that I had to ask Chef how it was achieved. A stock syrup, flavoured with finely crushed star anise, was the secret here although he assured me that the liquorice powder that I have in my store cupboard, could also be used.  This dessert was sublime – light and just pure pleasure with every mouthful.  It was that good that Andreas Maszczyk, the General Manager, and my dining neighbour, gave up his as I was enjoying it so much. 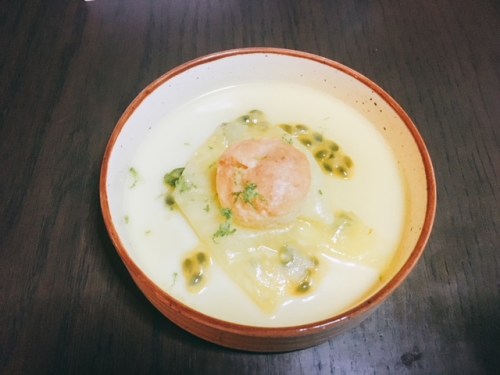 The final dish was a honey and thyme roasted plum, with a quenelle of creamy chocolate custard, cinnamon granola, and honeycomb ice cream served with a light and easy to drink Graham’s Fine Ruby Port from Douro. This plate was the perfect marriage of autumn flavours.

If you’re looking for a dining venue that’s steeped in Edinburgh’s rich literary heritage that celebrates Scotland’s larder, with prices that won’t break the bank, then a visit to The Printing Press Bar & Kitchen is a must.

Kerry dined as a guest of the Printing Press Bar & Kitchen