I was excited about The Scottish Vegan Cookbook and sad that I had to miss the launch at Stockbridge Library. So I got the book, selected a number of recipes to cook and had at it. This is what I made and what I thought. 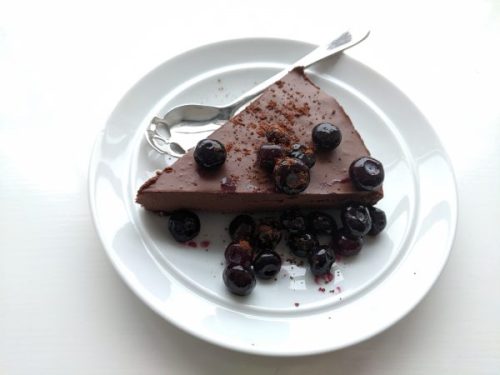 I realised as I looked at the recipes and cooked the dishes that I don’t make much Scottish food. I use Scottish ingredients and I eat Scottish produce when I eat out but at home, most of my meals tend towards Mediterranean/Middle Eastern and Asian flavours and dishes. Scottish is a very different flavour set, here oatmeal (not carried by my local supermarket), mace, pepper, carrots and potatoes feature heavily. It’s a soothing cuisine that gives me big autumn vibes.

The book is structured in an easy-to-use way. It opens with a section on veganism, what’s in your store cupboard and some basics. I’d love to try the vegan butter at some point.

It then groups dishes into breakfast & brunch, soups, salads, breads & accompaniments, mains, vegetables sides and desserts. To shake thing up, I asked my Scottish partner to chose what he wanted. This was his decision:
morning rolls, ‘Lorne’ sausage, tempeh roll, haggis, champit tatties, onion gravy and, finally, chestnut and chocolate tart.

I cook brunch for dinner

Last Saturday, we had brunch for dinner: morning rolls with tempeh and ‘Lorne sausage. The recipes are easy to follow – if you read them, something I rarely do, cheerfully assuming that I don’t need to read the instructions. You’d think someone who writes instructions for a living should be able to read them but no, not the case.

I added a bit more water to the morning rolls than the recipe suggested because flour is a living thing and I like a wetter dough. It’s a really fast recipe with only one prove. 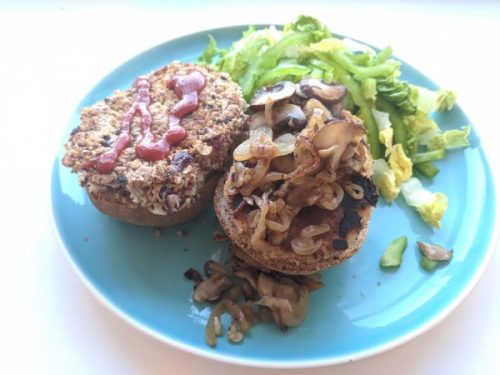 The Lorne was a challenge: I used panko breadcrumbs instead of brown bread breadcrumbs because we had Pank in the cupboard. A tip: don’t. It’s very dry and the mixture never quite stuck together. It was tasty and we got two tidy squares of Lorne and a bunch of very tasty, savoury granola which I’ve used to great effect in a mushroom and potato hash.

The tempeh marinade is insanely tasty and the cooked, marinaded tempeh is too. I love that we can get tempeh in the supermarket now. I used the Tofoo Co. tempeh this time but my favourite is Plant Power’s tempeh. Christopher liked the Lorne but loved the tempeh. We both went into a pleasant after-dinner coma: it was very filling.

I cook some more

Day two and I strengthened myself with a date, almond milk and peanut butter smoothie (except I used pea mylk because that’s what we had) before getting stuck in. It’s the loveliest smoothie ever and worth doing exercise for.

Dinner was haggis and mash followed by the chestnut and chocolate tart. The tart’s really easy to make: the crumb comes together quickly and the filling is uncomplicated. The magis is in the time it sits in the fridge, firming up. It’s a silky, rich, delicious extravagance of a cake and a rather nice vegan luxury to have in the repertoire. 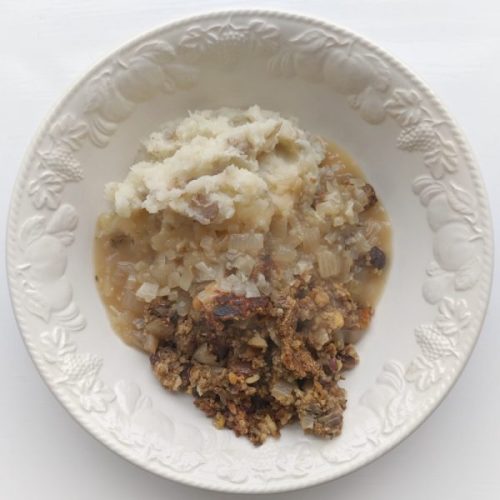 Let’s be honest, haggis isn’t a pretty dish but it is warming and comforting and happy-making. Here with mash and gravy.

Making haggis took a while, there are a lot of ingredients that need various bits of treatment – cooking, frying, crumbling – but I thought the steps were set out logically. I got the onion gravy – big on the onion – gravy started, stuffed the haggis mixture into my loaf tin and put it in the oven, then went of to slump on the sofa for a while before mashing tatties.

Putting everything on a plate prettily is beyond me, as you can see. The haggis went down well but Christopher thought the gravy was too sweet (it has a lot of onion in it). Seconds were had, regardless. The haggis was moist and crunchy and I liked the hits of chestnut I got from it. 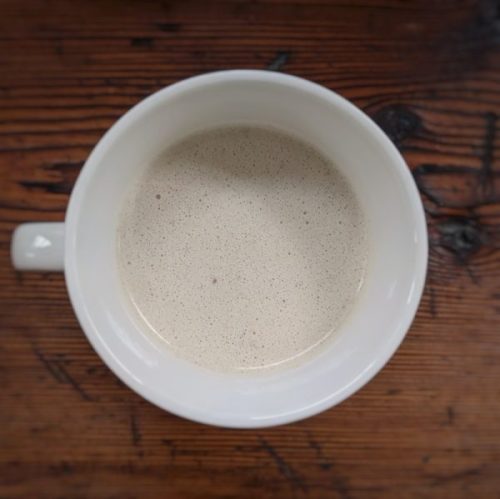 See that? Yes, it’s a date and peanut butter smoothie in a cup and it’s delicious.

Hero dish: chestnut and chocolate tart. This I will definitely make again. Haggis I’ll only make again for a special occasion because I like the stuff we can buy and it’s a lot faster. Saying that, it freezes OK and it’s nice to be able to adjust to our personal taste. The tempeh marinade will come out again too and the gravy recipe is simple, adjustable and serves lots of people so I’ll keep it in mind for Christmas (but with more cider and less onion).

I still have a list of dishes to try from The Scottish Vegan Cookbook: vegan custard, ‘Cullen Skink’, oat cakes, bannocks, tattie scones, leek and mushroom flan, three nut ‘meat’ loaf, boozy baked plums, strawberry soup and the super calcium carrot and orange posset. I’ll enjoy dipping in again, both to try Scottish foods I haven’t tried before and to widen my range of vegan dishes.

If you’re interested in vegan food and or Scottish food, this is a great resource.

Get it from www.birlinn.co.uk or your local bookshop.