Square. Lorne. Slice. Whatever you call it, until recently I’d have waved my hand at you dismissively and said ‘link’ is the one true sausage. Maybe it’s because I’m English and lorne is rare south of the border; maybe it’s because I find the square’s meaty granular appearance weird; maybe it’s because I’m just ignorant of the joys of steak slice. But that was before I spent a couple of hours chomping down on Ayrshire butchers We Hae Meat’s edged sausage variants. Now, I’m proud to say I’m ready to love lorne. 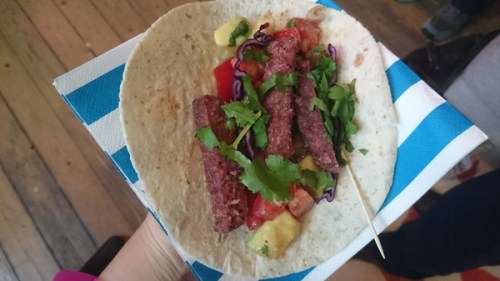 We began with a safe opening gambit of original flavour steak slice, a fancier name for square sausage, in a well fired roll. (I’ve never understood how anyone gets away with marketing burnt bread as palatable under the title ‘well fired.’) An authentically Scottish experience, the quality of the meat was excellent and the classic roll was a good starting point. However, it didn’t showcase the more exciting flavours and meals you can make from square sausage. That came next. 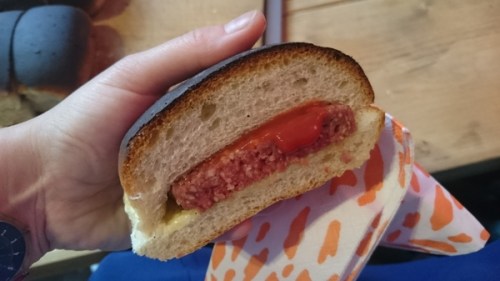 The tasters of chive and onion slice had a savoury boost thanks to their herby addition and the BBQ slice was bright and zingy, mildly fiery and slightly sweet. It was a real improvement on plain square and to simply put it in a morning roll doused with ketchup would be to discredit the person who laboured so lovingly over the spice mix. 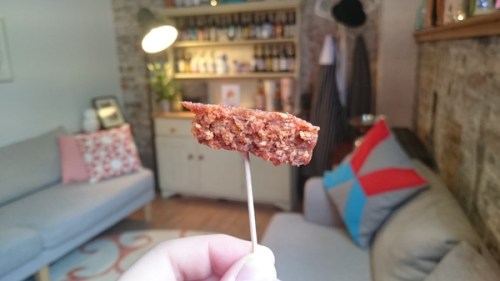 Meanwhile, our legend in the kitchen, Alice, had fashioned some square sausage slices into their shapely antithesis: meatballs. The consistency held together well as a sphere and provided a denser meatiness than mince in both texture and flavour. The recipe we were served with courgetti spaghetti, light tomato sauce and fresh basil, was all very complimentary – it’s included below and I highly recommend it. We also enjoyed tacos, where the meatiness of the slice worked well as an alternative to steak, although the heavy strips of sausage slid out the taco’s ends like a kid off a water slide. 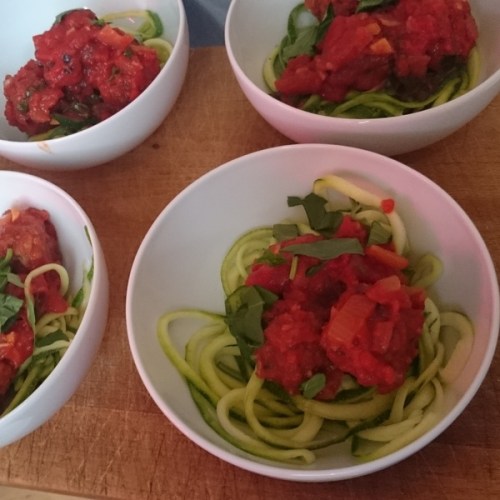 We were prompted to think of other recipes in which we could incorporate steak slice. I recalled how at Union of Genius, we used to make a lentil and lorne soup. By dropping crispy chunks of square sausage into blended red lentils, winter veg and lots of butter, we created a rich, savoury and comforting bowl of joy on rainy winter days. Also highly recommended! 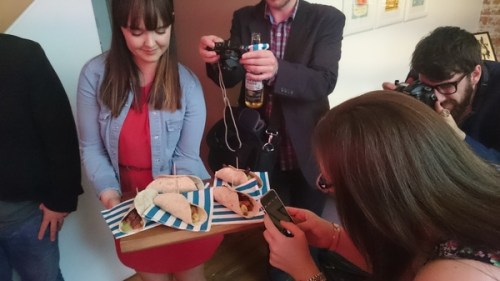 The realities of food blogging

As we left, we were given other delights to take home, including square sausage with an ‘eye’ of black pudding and some tasty pies. We Hae Meat really know their stuff and their website has some extremely helpful advice on identifying different cuts and how to cook various meats properly. Available in nearly all the major supermarkets, they’re a great example of a small, family run company which has done well for itself through hard work and delivering quality hand-finished products. They develop their own recipes and ask their factory workers on the 3am shift to sample them for breakfast. If those guys don’t like what they taste, it doesn’t reach supermarket shelves. That’s fine by me – I trust We Hae Meat’s love of lorne to guide mine. 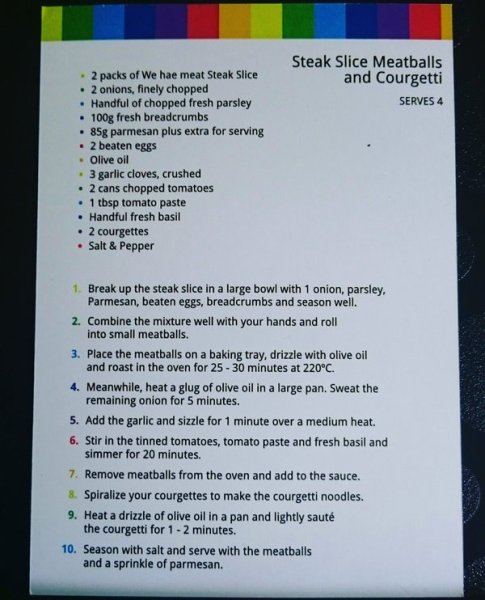