The Balvenie introduces Stories range to The Century Club members

When I won the Judges’ Award for the Reader’s Recipe at the OFM Awards 2016  for my Whisky, Orange and Almond cake, I said I was on a mission to try to get all my friends to appreciate Scotland’s national drink.   I’ve now found some fellow females who seem to be on a similar mission – The Balvenie UK Brand Ambassador, Alwynne Gwilt and The Balvenie Apprentice Malt Master, Kelsey McKechnie – two very inspiring and illuminating females who could wax lyrical about The Balvenie, until the comes come home and which made for a great evening. 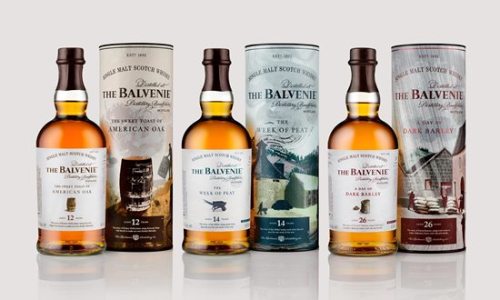 The Balvenie Stories – whiskies with a tale to tell

On what had to be one of the wettest, dreich nights of the year at the beginning of November, it would have been so easy to have ‘cosied’ up on the sofa on a Monday evening, especially having travelled back from a visit to London to cheer up my father who has spent the last seven weeks’ in hospital.

However, an invitation from The Balvenie, the world’s most handcrafted single malt Scotch, to attend an elegant evening of whisky tasting in the splendour of The Signet Library with The Balvenie apprentice malt master, Kelsey McKechnie and The Balvenie brand ambassador, Alwynne Gwilt and some of William Grant & Sons prestigious Century Club members,  was too good an opportunity to miss. 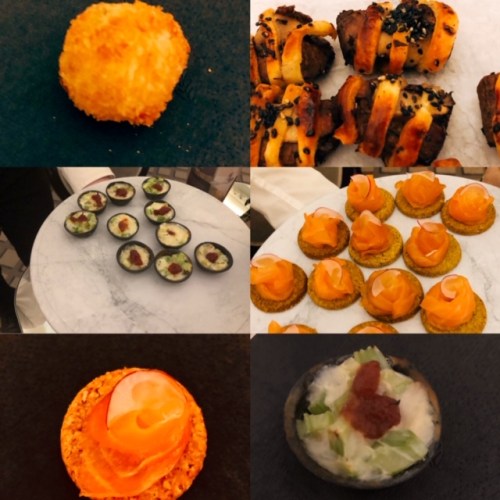 And besides, it’s not often that one gets to taste The Balvenie’s Stories range of 12yr (scheduled for release in January 2020), 14yr and 26 yr old single malt whiskies. 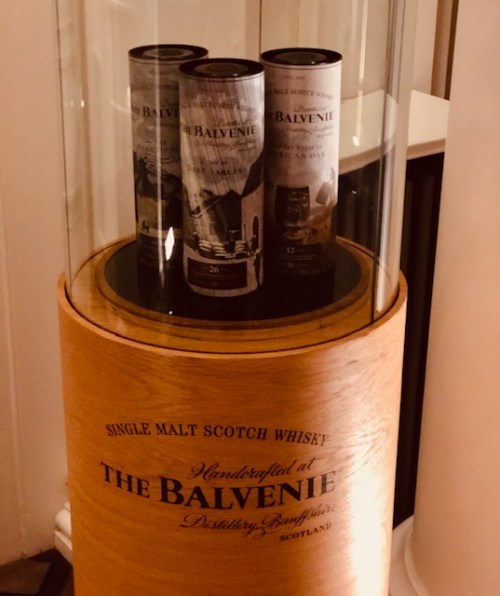 The Balvenie Stories – stories to match each of the whiskies

In a fascinating evening led by The Balvenie’s brand ambassador, the very personable, young Canadian, Alwynne Gwilt who was in conversation with The Balvenie’s equally young apprentice malt master, 26 year old Kelsey McKechnie, The Balvenie Stories range were discussed and were brought to life in their own unique and interesting story. 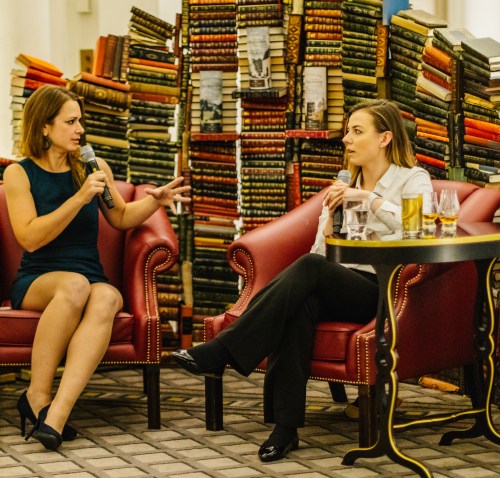 The Balvenie Stories range, a series of three liquids launched in early 2019 include The Sweet Toast of American Oak, The Week of Peat and A Day of Dark Barley, with each whisky presented in a carton detailing the story behind its creation from the craftsmen from the The Balvenie distillery in Dufftown, Scotland.

Not only did we gain an insight into the stories behind these three liquids but also McKechnie’s rise to become the Apprentice Malt Master; what makes a good noser; how to combat nose fatigue when nosing 40-60 samples a day by smelling the back of your own hand; and avoiding wearing perfume to work, which can interfere with the process of nosing.

It was great to hear of the process of making The Sweet Toast of American Oak, the expression created by apprentice malt master Kelsey McKechnie with guidance from Balvenie malt master David Stewart. 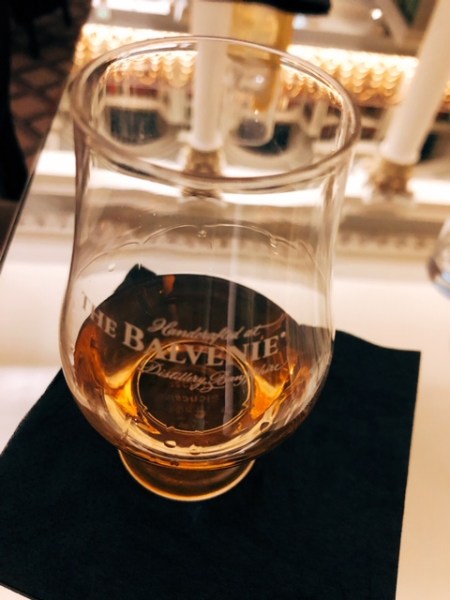 The Sweet Taste of American Oak

The whisky is matured primarily in ex-Bourbon barrels for 12 years before being finished for three months in bespoke virgin American oak casks sourced from Kelvin Cooperage in Kentucky.

The cooperage gave the casks a long, slow toast for 20 minutes, before sending them on to the distillery in Speyside for an additional toast to ‘bring out as much flavour as possible’.

Bottled at 43% abv, the whisky is described as having ‘even stronger, sweeter coconut and warm honey’ notes than Balvenie’s classic character.

Explore the Balvenie Stories further with an audiobook

If this blog post has whetted your appetite for more stories about the Balvenie, you might be interested to know that each whisky is accompanied by an audiobook which brings to life the story behind each expression, through a series of conversations between The Balvenie’s craftsmen and The Balvenie Global Ambassador Gemma Paterson. 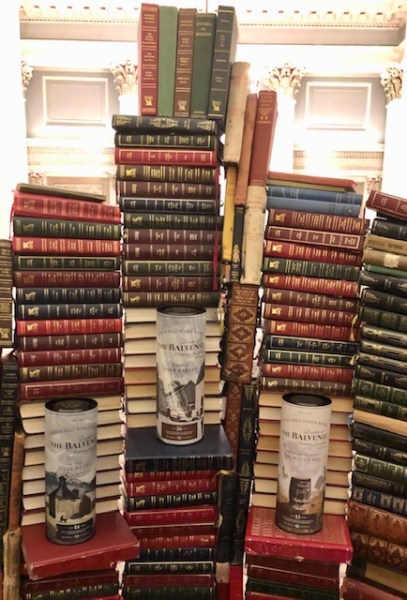 These conversations were recorded at locations significant to the narrative of each tale, including at The Balvenie Distillery and as far afield as Kelvin Cooperage, Kentucky. Each audiobook concludes with David Stewart and Kelsey McKechnie sharing a dram of some of the very first bottles of The Balvenie Stories with the craftsmen who created the whiskies you’re about to enjoy.

Alternatively, you might like to seek out Pursuit: The Balvenie Stories Collection, edited by Alex Preston and published by Canongate Books.

What pushes us to challenge ourselves, to chase perfection, to pursue our dreams? At The Balvenie they’ve long been fascinated with the parallels between storytelling and whisky making: the characters, the determination, the mixture of creativity and fortuitous accident that means that every whisky has its own individual narrative.

They asked some of the world’s finest writers to explore the themes of endeavour, endurance, determination and resolve.

The book’s seventeen stories take you from the Australian outback to a Hong Kong cafe, from the writing desk of F. Scott Fitzgerald to the vast emptiness of the Antarctic. 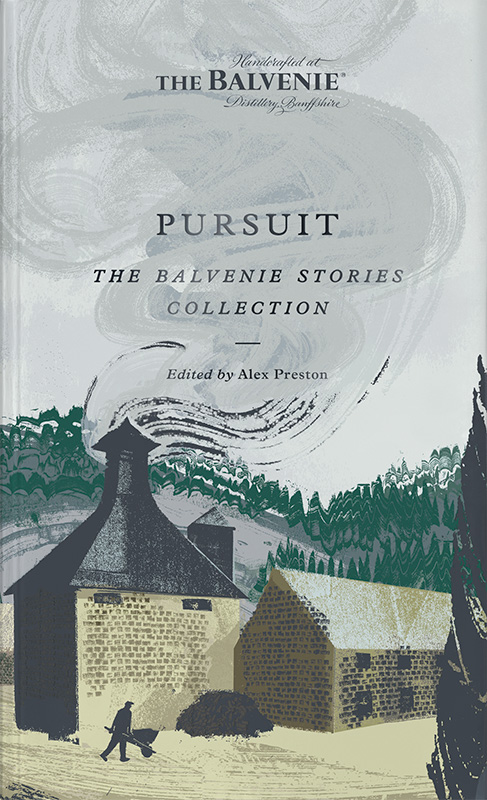