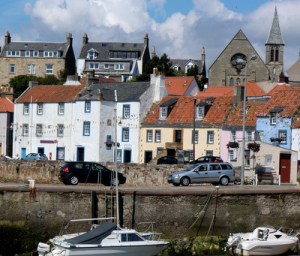 If you live in a city like myself, it’s too easy not to escape once in a while.  But when you do, it can be just like being on holiday.

Recently, Mr EF and I drove into Fife to St Monans, just an hour and a quarter’s drive from Edinburgh.  It’s such a pretty village – lots of painted houses and the flags were even out for our visit (okay there was actually a music festival on).  I love the seaside at any time of year and this was just perfect. 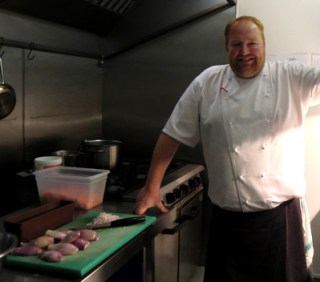 Craig Millar in his kitchen

The new star in St Monans’ crown is Craig Millar at 16 West End. This restaurant opened its doors at the beginning of June and is located in the newly renovated Seafood Restaurant close to the harbour.

We sat on the terrace over coffee with Craig and caught up with the proud chef.

Craig’s obviously relishing running his own restaurant after 13 years in partnership with Tim Butler at the Seafood Restaurant in St Andrews and in St Monans where they won a myriad of awards.

Craig explains that the renovations have taken a year to complete. The kitchen was relocated from where it occupied the prime sea views to what was the public bar.  The restaurant is fresh and bright and welcoming. The newly opened up views over the sea are spectacular whatever the weather. 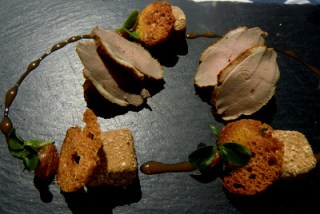 Life could have taken a different course, Craig nearly signed up for the army and might have ended up playing the bagpipes there. However, an army recruiter suggested Craig could fast track his career if he got some experience first. A year later, after training in catering at Dundee College, Craig was offered his first job and left Scotland rather than join the services.

Craig spent three years in Buckinghamshire latterly with Crest Hotels during the time that they introduction of ready meals into catering. They worked out one day that only one knife was needed – to cut the orange garnish for the duck! 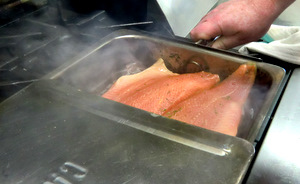 The kitchen itself is spacious and well appointed. I popped into see the smoked sea trout being prepared – it’s marinaded then smoked for just 15 minutes, the pea cream created in a thermomix. Craig’s team includes DJ – his former sous chef at St Andrews Seafood Restaurant and a student from Dundee College an ex-butcher who is now retraining as a pastry chef. Craig encourages students from the college to come to the restaurant to gain experience.

With the new restaurant, Craig’s really looking to extending the menu to celebrate the best of what’s in season especially during the winter months when the weather is too bad for fishermen to venture out. Local lamb and pork will certainly feature. 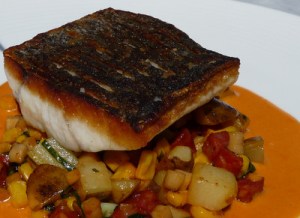 Craig sources much of his fish on the West Coast – he’s very keen to know how the fish was caught and by whom. He’s worked with his main fish supplier for the past 13 years. Diners are increasingly more sophisticated, here the only salmon that goes down well is wild salmon.

And where will you find Craig on a welcome day off? He loves to eat in two local restaurants, Sangsters in Elie and The Peat Inn in Cupar. 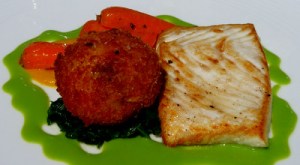 And so to lunch. I’ll let you savour what we ate with your eyes – I can assure you this was one of the best lunches I’ve ever had – it was faultless. Craig takes prime seasonal ingredients and creates dishes that bring their flavours to the fore. Served by lovely local staff, the service was friendly, smart and efficient. 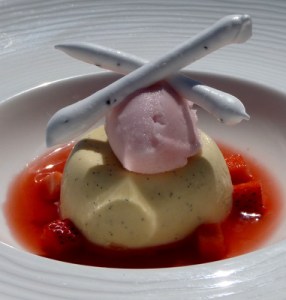 It’s not going to be long until Craig wins more accolades.

Get there and get a table as soon as you can.  Do book it gets very busy indeed!