Zuhu – is peri peri chicken by another name as tasty? Yes, it is!

Zuhu’s is a fairly new peri peri chicken restaurant well-located on South Bridge. The menu is in the same vein as other similar restaurants, with a range of different spice levels to choose from. You can choose between a quarter, half, or whole chicken as well as wings, wraps, and burgers. You can also choose to have one or two sides with your chicken. Unlike other restaurants, though, at Zuhu’s all of the marinades are made fresh on site. The interior of the restaurant is comfortable, with table numbers clearly marked and a bright, colourful feel. The fact that they have bottomless Vimto was also very pleasing to me. 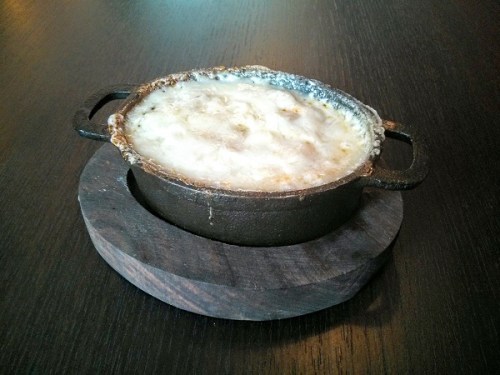 I opted for a starter of grilled chicken strips with cheese sauce. It was one of the few things on the menu that I had not seen before so I thought it would be interesting to try. I was not disappointed at all. Soft strips of chicken, tangy with marinade, were nestled in a lake of melted cheese. I was reminded of the Mexican dish queso fundido, which uses mince or chorizo in place of chicken. It was a rich, tasty start to the meal, although it could perhaps have benefited from being served with some tortillas or corn chips to scoop up errant cheese.

For the main course, I chose a medium spiced chicken fillet wrap, with a side of corn on the cob. It came out nicely presented in a small crate rather than on a tray. The wrap was stuffed full of chicken, which was fresh and zesty with a kick of chilli behind it. I would certainly advise being realistic about one’s spice tolerance; the medium was pleasantly spicy for me but I think any hotter would have been more than I could handle. The corn on the cob had been chargrilled and so was soft but with a pleasant smoky flavour. 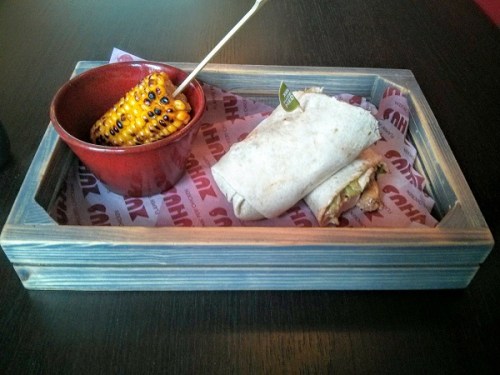 I had not initially intended to have dessert, but when I was told about the freshly made waffles with fruit and ice cream, my sweet tooth was unable to resist. The waffle was crisp on the outside, but sweet and fluffy within. The vanilla ice cream was fine, and there was a scattering of fresh fruit and chocolate sauce over the top. It was certainly an enjoyable end to the meal, so much so that I forgot to take a picture. Sorry, folks!

One thing I would say about Zuhu’s is that everything is clearly very fresh, and their sauces have a certain vitality that comes from being made on site rather than mass produced. The food is very reasonably priced, and they have a good selection of bottomless drinks beyond the usual cola, diet cola, or lemonade. If you’re after tasty peri peri chicken in a relaxed environment, Zuhu’s is the place to go.

Slaine dined at the invitation of Zuhu’s.