Having worked as Head of Press at the Gilded Balloon back in 2011, a common complaint from my team, the majority of whom were Australians and many of the Antipodean performers was that you just couldn’t get a decent cup of coffee in Edinburgh. They did have a point.

Six years on thankfully this has changed with the opening of many speciality coffee shops across the city and now one of my favourite places for my caffeine fix, Brew Lab, is pushing the coffee boundaries even further. 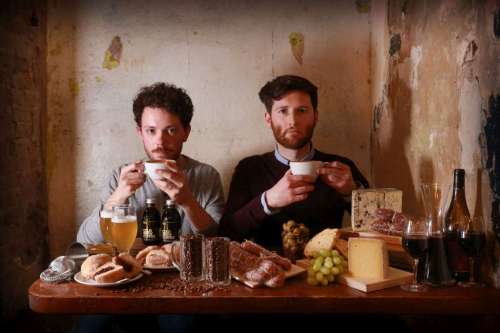 Spotting a gap in the market, Dave Law and Tom Hyde, the founders of Brew Lab, are expanding with a new late night speciality offering; that seeks to challenge coffee’s reputation as a ‘daytime-only’ pursuit.

Coffee fans seem to be seeking out quality over quantity and there’s definitely a move towards supporting the independent operators too rather than the big chains, with independent UK operators now occupying 32% of the market, which is worth a staggering £7.2bn.

Since opening their venture in 2012, with its trendy ‘distressed’ interiors, Brew Lab baristas have served over 750,000 coffees; drawing on science and art to create the perfectly extracted cup. 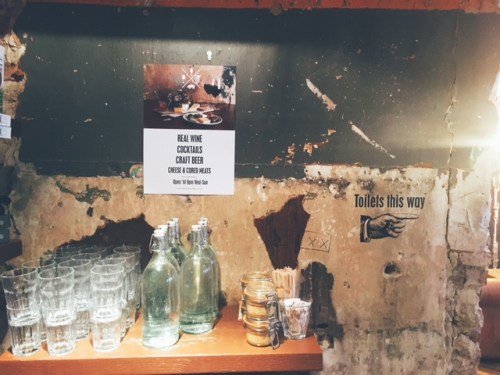 Distressed decor but it works

I’m one of those people who limits themselves to one cup a day; anymore and I’d be flying. However a number of friends, namely the NZ ‘social bitches‘, will happily drink an espresso martini, followed by a double espresso, and then yet another coffee shot quite happily at any time of the day, without any adverse effect.

Amy and I from EdinburghFoody joined other bloggers and selected guests and suppliers to experience Brew Lab’s after dusk launch.

Nitro Cold Brew Martinis and a small but select food menu from specially selected Edinburgh suppliers and producers are among the developments that the duo are rolling out in response to Edinburgh’s thirst for caffeine around the clock. There’s also their commitment to ‘single origin’ sourcing, with Brew Lab serving coffee grown on individual coffee farms.

On offer were I.J Mellis cheeses, charcuterie from Leith based East Coast Cured and amazing filled doughnuts from Baba Budan. It was difficult to contain Amy’s and my excitement, especially for the salted caramel ones. We were positively blocking people’s paths with our elbows to ensure we got our share. 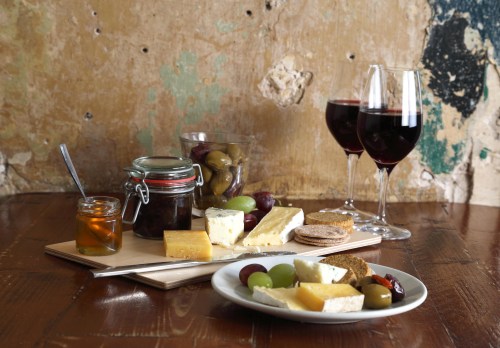 Independent producers are supplying a small but select menu on offer at Brew Lab, after dusk

All these delights were ‘washed’ down with some natural wines from Henri, a cloudy ‘blonde’ session ale from Pilot, which was incredibly drinkable, and Scottish spirits from farm-to-bottle distiller, Arbikie. These were crafted into some superb cocktails on the night, in the form of a Nitro Cold Brew Martini and my favourite, a Rooibos Matinez, which used Kirsty’s Gin, Antica Formula sweet vermouth, rooibos syrup, BL Cold Brew, orange and chocolate bitters, garnished with a twist of orange to make a drink that went down far too easily. 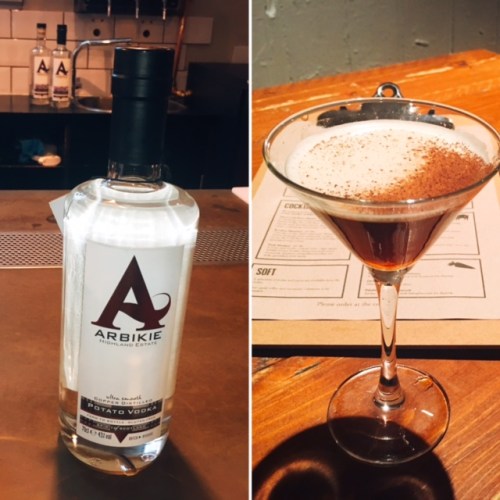 We also got a whistle stop tour and demonstration in espresso coffee making in the coffee training lab, a purpose-built facility in the basement of their South College Street cafe. It’s kitted out with a fully functioning espresso bar – featuring their VA388 Black Eagle espresso machine and Mythos One grinders – as well as a custom ‘brew bar’ with a EK43 grinder and large selection of brewing equipment. 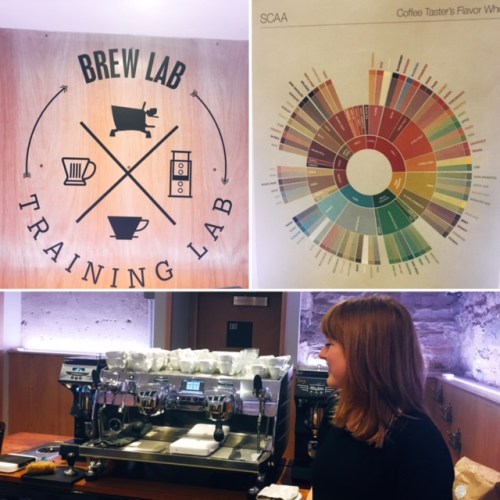 I hadn’t realised there was such a science to making a cup of coffee but now I know, I’m hooked. In fact I’ve already booked myself onto the Filter Brewing course, in my quest to produce the best filter coffee at home. As a quote I read recently sums it up: “Coffee in hand, big girl panties pulled up, sparkle in my eye, and a smile on my face . . yep I’d say, I’m ready for the day . . . bring it on.” 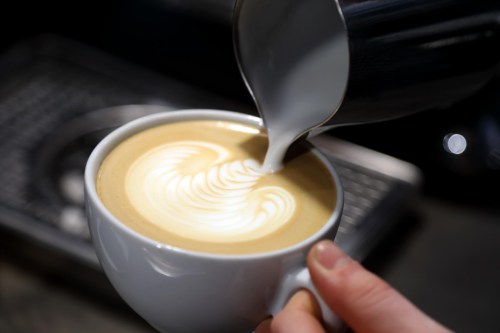 Oh and in case you were wondering and in the spirit of the evening, I decided to relax my one coffee a day policy and can safely report the Nitro Cold Brew Martinis didn’t cause me to experience a sleepless night after all!

So I’ll be back for more and if I’m trying to keep awake during my Fringe Festival antics, I may well be popping in after dark for a Flat White caffeine fix too.