A touch of Barcelona was brought to Scotland last week courtesy of Barcelona beer brand, Estrella Damm, who brought Joan Roca of El Celler de Can Roca to provide the audience with a Gastronomic Experience and the opportunity to witness him cook and and speak. What a treat. 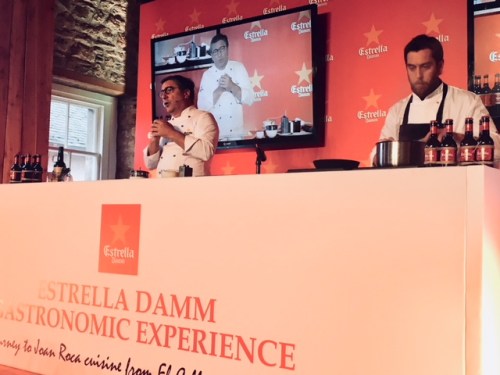 Held at Colstoun House, one of the oldest houses in Scotland apparently, I accompanied lots of Scottish chefs, a select handful of bloggers and other media to learn more from the genius that is Joan (pronounced John) Roca, as a guest of beer brand, Estrella Damm. 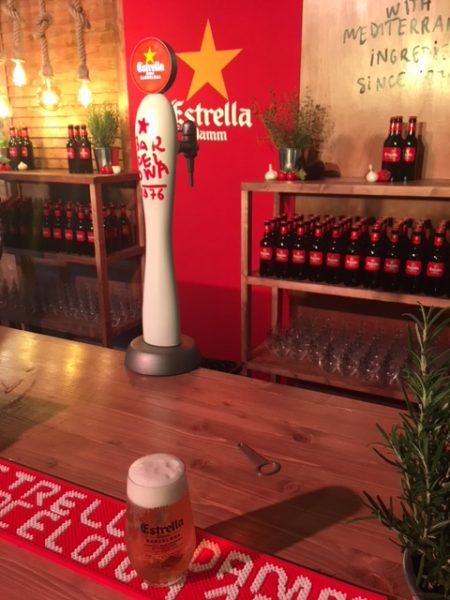 El Celler de Can Roca is a restaurant in Girona, Catalonia in Spain, which was opened in 1986 by the Roca brothers Joan, Josep and Jordi. It was first located next to their parents’ restaurant Can Roca, but moved to its current purpose-built building in 2007. Holding three Michelin stars, it is somewhere I have had my sights on for a while.  However, I might need to save a small mortgage  before I eat there though. Their parents’ restaurant, Can Roca, meanwhile might be a more affordable option for now; and is where the staff still decamp daily to have a meal before service starts.

Joan’s English was as limited as mine and the majority of the room’s Spanish, so whilst the demonstration was conducted via headphones and translator, it certainly didn’t spoil the room’s enjoyment of the presentation before us.

Joan explained the philosophy of all the elements that go into the gastronomic experience at El Celler de Can Roca, whilst cooking a selection of dishes with ingredients including oysters with Albarino; veal steak with Macallan whisky, served with edible candied wood; and Scottish grouse. Roca describes the cooking techniques at Celler Can Roca as ‘non-conformists who like to move people’, through their creativity.

The oldest brother, Joan Roca is the head chef; Josep Roca, the middle brother, is the sommelier, and the youngest brother, Jordi Roca is in charge of desserts.

The restaurant primarily uses local ingredients from the Catalan area, sourced within a 50km radius of the restaurant. Simple flavour combinations are combined with molecular gastronomy techniques and unusual presentations of food, including caramelised olives which are presented on a bonsai tree.

It’s at times like this that I wished I had paid more attention in chemistry, as many of their dishes rely on avant-garde cooking processes and a degree of wizardry to produce dishes that inspire and provoke memories, all done with a sense of humour.

Roca went on to describe ‘the Planets of the Roca Universe’, which is a sum of the parts and includes: Can Roca (their parent’s restaurant where it all started); El Cellar de Can Roca (the present restaurant); La Masia, the lab and a place for creativity and training; Espai Mas Marroch, where events are held; and Rocambolesc Gelateria, an ice-cream parlour run by pastry chef brother Jordi. 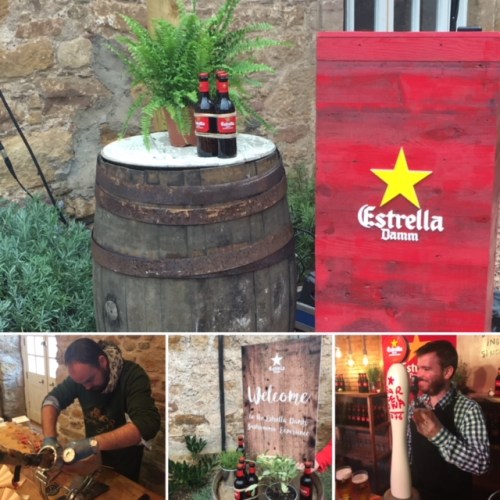 The afternoon concluded with questions to Roca, followed by a delicious, light, stand-up Mediterranean lunch, (sadly not prepared by Roca himself though!) but from the kitchens of Coulston House, accompanied by lashings of Estrella Damm.   Brewed using the original 1876 recipe, it only uses 100% natural ingredients and is the perfect beer to accompany this type of cuisine. If only they could have conjured up some Spanish sun, it would have been the perfect end to a perfect day.

Kerry was a guest of Estrella Damm