Assembly’s Edinburgh Food Festival is back in town this weekend – get ready to pop your cork!

With the Fringe just around the corner and Assembly Festival’s site already up, if you’ve no plans this weekend, head to George Square Gardens for the 5th annual Assembly Food Festival. With quality Scottish food at the heart of it, the festival is a fantastic introduction for visitors to see just a soupçon of what Scotland’s larder has to offer. 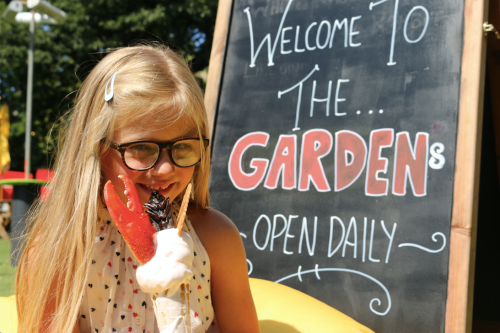 There’s always lots to keep all the family amused from food stalls to talks to demonstrations.  The event got off to a fizz-tastic start on Wednesday with Edinburgh-based Poco Prosecco kick-starting this year’s event with a fresh take on the traditional ping-pong ball drinking game, with VIPs challenged to go head to head as part of the fun. For those looking for a softer option, the VW cocktail and mocktail bar, Beetle Juice ran a fruit juice pong contest, including a chance to win a range of refreshing mocktails. 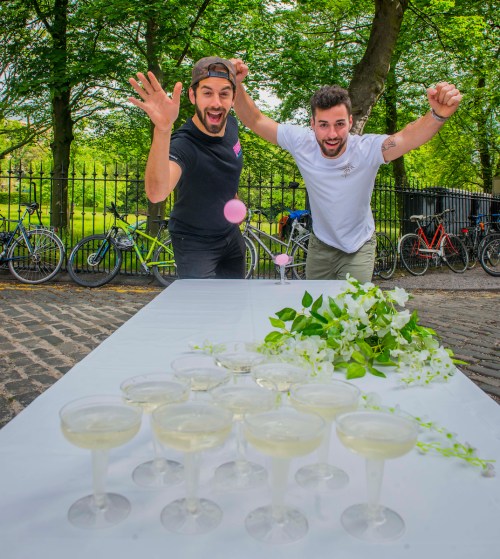 New for 2018, Edinburgh’s Ting Thai Caravan will be cooking up a storm with authentic Thai and South East Asian street food, which is great news for me.  No clues as to where you’ll find me refuelling during the fringe although with Spice Girl and Spice Boy, also here, I’m going to be very torn.   Maybe I’ll have to do breakfast at one, lunch at another and finally finish with dinner at the third.  So many choices, not enough days of the week! They will join over 20 other top local food and drink producers from Edinburgh and across Scotland during the event, which runs until Sunday.

There’s no shortage of food stalls to choose from

The free Festival welcomes visitors of all ages to Assembly George Square Gardens, with stallholders offering everything from Alandas Gelato and Fish & Chips (East Lothian) to Jarvis Pickle pies (Berwickshire), Chick & Pea street food (Edinburgh) and Moskito Bites, who serve up the most amazing Spanish croquetas. Quenching thirsts throughout the five days are a selection of popular drinks brands, including Fyne Ales from Argyll, Portobello’s Bellfield Brewery and Beetle Juice Edinburgh, who are serving up a selection of mock and cocktails from their VW van.

Talks and demos will keep you entertained

Festival goers will be entertained with a series of talks and demos taking place in the gardens’ beautiful Piccolo Tent. Taking to the stage to talk all things food and drink is a range of key industry figures; including author and whisky Consultant, Blair Bowman and Slow Food Edinburgh also has a stall, which is worth dropping by for a chat.

On Saturday, Canadian-British artist and filmmaker Zev Robinson will screen two of his specially selected short films which offer a glimpse into sustainable fishing on the west coast and local food production in the Highlands.  Whisky lovers will also not want to miss the Glenfiddich Experimental Series as brand ambassador Mark Thomson takes you through the history of the single malt. 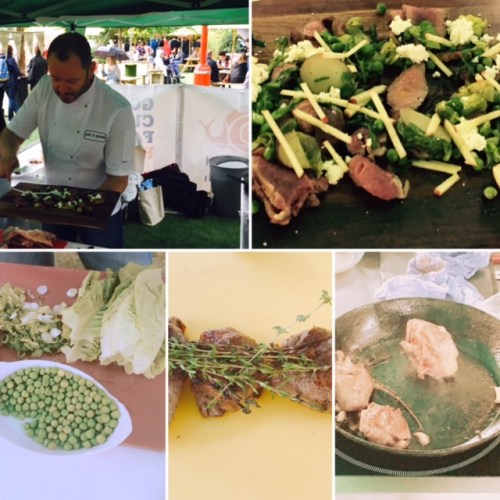 Edinburgh Food Festival has gone from strength to strength since its launch in 2014, hosting top industry figures such as Carina Contini, Shirley Spear, Tom Lewis, Guy Grieve and Neil Forbes. The event welcomed over 25,000 visitors in 2017.

Entry to the festival and the talks is free and non-ticketed. For talk times and further information visit www.edfoodfest.com.

And if you miss this one, fear not, Foodies Festival is next weekend

Foodies Festival, the UK’s biggest food festival, returns to Edinburgh’s Inverleith Park on the 3,4,5 August 2018, with an exciting launch of a new music stage too. The festival will celebrate live music into the night on the newly launched stage with performances from much-loved headliner Toploader and hugely admired band The Hoosiers. Supported by Musicians Against Homelessness, the live music stage will see talented emerging bands and solo artists perform with tickets raising money for UK-wide homelessness charity Crisis, with all funds being donated to help homeless people in Scotland. 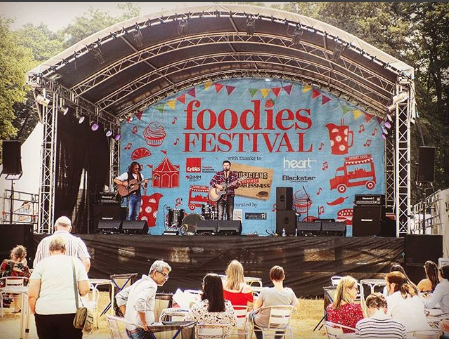 An all-star line up will be cooking up a storm in the Chef’s Theatre, including renowned Nico Simeone of Six by Nico, Paul Wedgwood of Wedgwood Restaurant, Mark Greenaway, Graeme Cheevers of Martin Wishart at Loch Lomond, Fine Dining Chef of the Year 2018 Daniel Ashmore of The Pompadour by Galvin, Scott Davies of The Three Chimneys as well as Roy Brett of Ondine and Jerome Henry of Le Roi Fou to name but a few, all offering recipe secrets and tips to take home. MasterChef Champion 2018 Kenny Tutt will also take to the stage for his very first live cookery demonstration in Edinburgh, showcasing his show-stopping summer recipes.

The Drinks Theatre will welcome expert mixologists and sommeliers to the stage, with Wine Tastings and Champagne Tastings from Diana Thompson, as well as speciality Craft Beer Tastings.

With a new expanded Kid Zone and Kids Cookery Theatre, pre-loaded super soakers and giant games, Foodies Festival is a fun day out for the whole family.