Ginger Beer – put some spice in your life

Ginger is one of those flavours I love, whether it’s in a good dark sticky gingerbread, or an essential ingredient in an Indian dish. It’s spicy, hot and totally delicious. Ginger root is, apparently, a good cure for many ills, including travel sickness and indigenstion. An excuse to imbibe more? 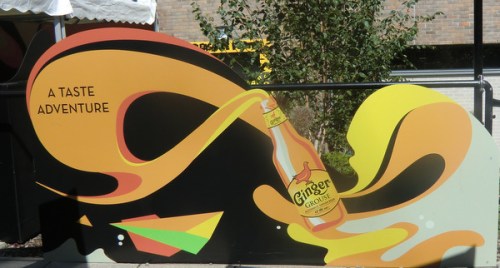 Ginger Grouse at the Fringe

This year seems to be the year of ginger, with new ginger beer products being launched. It got me thinking, I realised I didn’t really know what makes ginger beer ginger beer. Is it different from ginger ale and ginger wine? And can ginger beer necessarily soft or alcoholic?

An original mildly alcoholic ginger beer recipe would simply contain water, ginger, lemon juice and “the symbiotic pairing of two micro-organisms”. John Wright describes this as a ginger beer plant or GBP which decidedly is not a plant but a yeast and fungus. You can brew your own using a kit too if you have the patience! 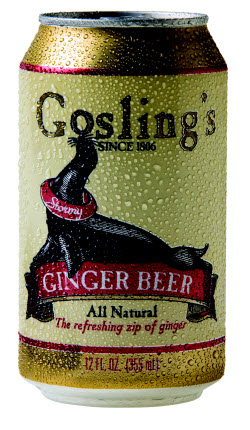 Many commercial ginger beers are barely alcoholic at all (0.5%) and can be brewed botanically like the ever delicious Fentiman’s which in addition to fermented ginger beer and speedwell, yarrow and juniper which are designed to be drunk on their own. Others, such as Fevertree and Goslings are designed primarily as mixers. Fevertree’s ginger beer has a simpler recipe including three different types of ginger from Cochin, Nigeria and the Ivory Coast. Goslings have launched a new ginger beer – the perfect partner to their Black Seal Dark spiced rum in  a Dark and Stormy cocktail.

Then there’s ginger beer that’s alcoholic. With Crabbies’ Ginger Beer you have to guees what the four secret ingredients might be that are steeped with ginger to produce the drink. Crabbie’s curiously have branding and marketing suggesting it is a vintage drink but it was actually created in 2009. John Hollows alcoholic ginger beer is made by Fentiman’s using a very similar process to the non-alcoholic version.

On a gloriously sunny day this summer in its own dedicated bar at the Pleasance, Ginger Grouse was launched. This gives ginger beer a new twist with the addition of some Famous Grouse whisky. The ginger beer will be available both on draft from this month across Scotland and in bottles from supermarkets.

The great thing about all the ginger beers mentioned is that each is so different. A cliché I know, but something for everyone

If you love ginger I’d encourage you to sup and see which suits your palate. The Ginger Grouse is long and refreshing – the whisky element is subtle and delicious. Goslings Ginger Beer is more autumnal, especially when mixed with the rum. For non-alcoholic, Fentimans is a perennial favourite, but I love the clean taste of Fevertree and if you’re lucky enough to live near Bristol, try Demuth’s wonderful ginger pressé. 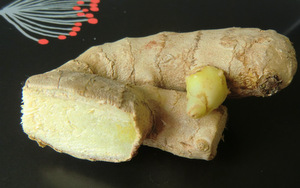