Dune Surfer: Do Me a Favour!

It’s safe to say that as a brand, as a beer, even as a beverage, Dune Surfer is not aimed at me. Designed as a crossover drink, it’s part post-sports recovery hydration, part beer-brand-with-attitude.

Well, I don’t exercise (much) and I’m a beer snob. As I type, I’m supping on a ‘Vanilla Shake’ by Danish brewery Mikkeller: a hefty 13% oatmeal breakfast stout brewed with coffee and vanilla. Dark, rich, aromatic, with left-hook/right-hook bitterness: one hit from the coffee’s depth of flavour and another from the bright notes of hops. Not good with exercise, but certainly my idea of great beer. 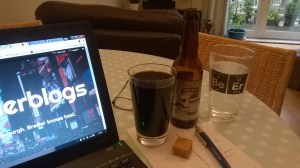 Actually, it’s just my idea of ‘beer.’ In contrast, Dune Surfer would be better classified as a marketing ploy, labelled as beer because it’s trendy right now. Creator John Hunt seemingly set out to produce something attractive to a comprehensive Venn diagram of consumers (below) and worked with a London agency until they ‘hit upon a formula.’ The result is a Frankenstein beer, ‘created’ rather than brewed and with no mention of hops, yeast or malt. 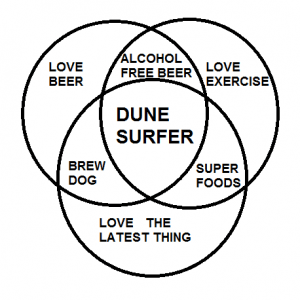 Based on the results of market research, Dune Surfer is fad-friendly. It’s gluten free and contains just 60 calories a bottle. Budweiser, probably the beer of choice for the focus group, is twice that. Dune Surfer contains botanicals and superfruits, such as goji berries from Tibet and acai berries from Japan. The name evokes extreme sports and is designed to give the brand an edge.

Best of all, for the truly health-conscious beer swiller, at 2% Dune Surfer can be consumed as part of post-exercise rehydration. (Only 5%+ is dehydrating, apparently.) If the very concept of a rehydrating post-exercise beer is baffling, wait ‘til you taste it. 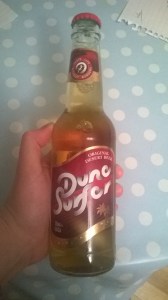 Dune Surfer sure looks like beer, but it smells like guava or watermelon boiled sweets. The taste is a cloying vanilla sweetness, like the end of a swig of Innis and Gunn Original. And it left behind a strange residue, like wearing lip gloss. But I have to say, it was by no means an oral punishment. I drank all of it. I just wanted a beer afterwards.

I also sampled a ‘Melon Mirage,’ in which Dune Surfer was combined with Tanqueray, fresh lime, watermelon and Cointreau into a bright pink cocktail. It was great. But the fact that Dune Surfer worked so well in a cocktail was further proof to me that this was not a beer.

So I’m not saying that there’s no place for Dune Surfer in the market. Its makers have done their homework and given us a dynamic product. To me though, choosing excessive versatility over a well-executed specialism is not necessarily a win. Describing Dune Surfer as beer? Sorry, but that just upsets my craft sensibilities.

Amy drank at the invitation of Dune Surfer.