It was one of the sunniest days of the year (so far) and I am chatting to Graham Savage co-owner of Cuckoo’s Bakery with Vidya Sarjoo. “It’s been an amazing 4 years.” he explains “Imagine, 4 years ago it was just Vidya and myself and one baker. Now, we have a payroll of 17, we’ve won awards and we’re stocked in Harvey Nichols!” To that I should add that the bakery is award winning too and are up for another accolade at the Scotch Bakers awards. 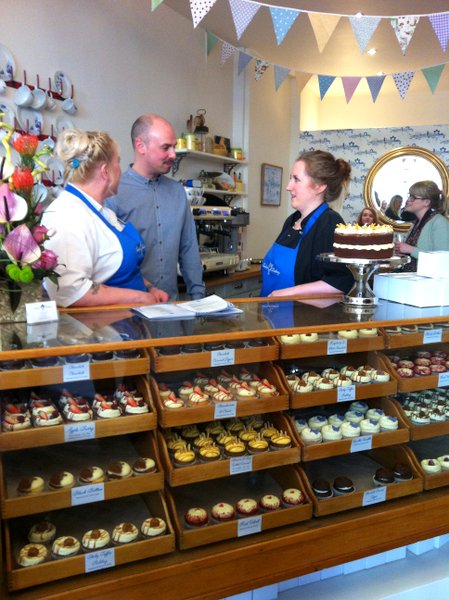 Graham and the bakers with the fabulous display of cupcakes

I’ve been invited to celebrate the opening of their second shop. It’s a welcome newcomer to Bruntsfield – which surely must be one of the most interesting shopping streets in Edinburgh with its eclectic range of small shops. The new shop is located opposite Dig In Bruntsfield and has a hint of a vintage look to it. There’s a sparkly chandelier, the cupcakes are displayed in what was a haberdasher’s cabinet and there are accessories dotted around including old fashioned scales. I am also rather taken by the very shiny Italian coffee machine – they always look as if they are from the 1950s don’t they? There’s room from 8 to sit and sample cakes and drink coffee or tea,. The bakery had people queuing out of the door on their opening day and included some familiar faces who usually treck across town to visit the original shop in Dundas Street. 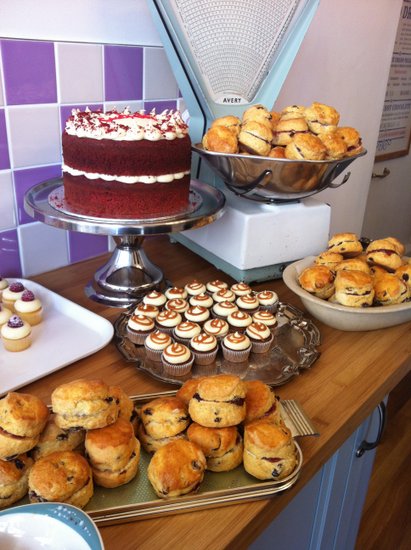 A feast of cake and scones

Two of their lovely bakers are on hand to answer questions, despite having started baking at 1 am – Cuckoos pride themselves on the freshness of their cakes. On some days they make as many as 1000. Some of the new staff are also present and very well briefed too! We are encourage to tuck in to mini versions of their cupcakes, a hazelnut chocolate brownie and scones with either strawberry or raspberry jam. So hard to pick a favourite, but I think the sticky pudding cupcakes might just have the edge and we have the recipe for you below! 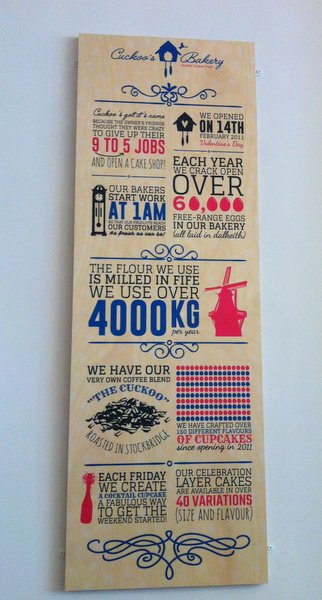 Fascinating facts about Cuckoo’s – the infographic says it all!