The Boozy Cow: a bullish contender?

This review is written by a new member to the team, Nick Herd – an appropriate name for the topic!

The Boozy Cow is trying something a little different to that of the trends found in and around the George Street area- a dining and drinking scene which hasn’t really attempted nor embraced change in the past decade or so. 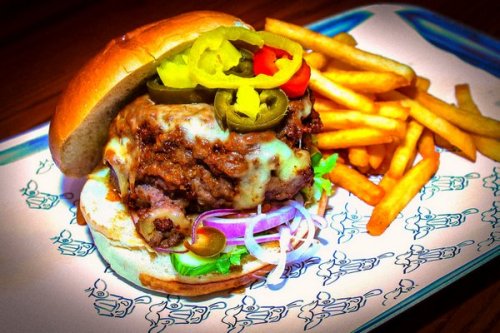 This new branch is coming as a larger and boozier extension to the Speratus Group’s maiden Boozy Cow up in Aberdeen and, despite an intense and, in some parts, garish interior design, the Edinburgh division is by all means a more ambitious attempt to transpose the old Amicus Apple into an affordable, trendy alternative to Frederick Street’s drinkeries.

Their choice to remove taps and bottles is also a bit of a brave one, focussing on rarer craft canned ales and lagers poured into frosted glasses. This is logistically easier for storage and stays cooler for longer. A no brainer for some, but perhaps harder for some stubborn drinkers to fathom and less value for money for beer swiggers. Former Amicus Apple regulars may also be glad to know that a strong cocktail list is still an important element within these four walls – options include the Boozy Bru made from reduced Irn Bru, a full on head busting Zombie served in a true Tikki ceramic fashion and the Million Dollar Milkshake with powdered nutella and Kahlua in a custom built school cafeteria milk carton and straw. A childish delight, not suitable for children! 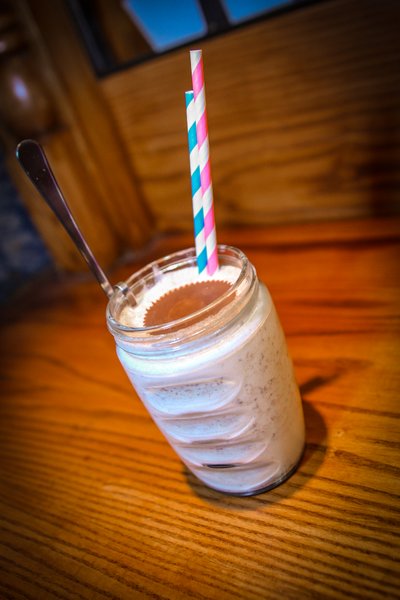 The burgers and sides are candidates to match even the Cambridge Bar – though, sadly you’ll have to order your fries separately (which has annoyingly become the norm for most burger joints in this day and age). However, the healthy sized wagon wheel onion rings, phenomenal deep fried gherkins and spicy fries in mountains of chilli ensure a lot of bang for your buck.

The Holy Cow Burger lived up to its name and was consumed rapidly to boot. Stockpiled with bacon, caramelised onions, a thick slab of cheddar with an added chipotle tang and for a reasonable £7.95, it’s a simple, yet undeniably more-ish combo which is often overdone in many bar eateries. 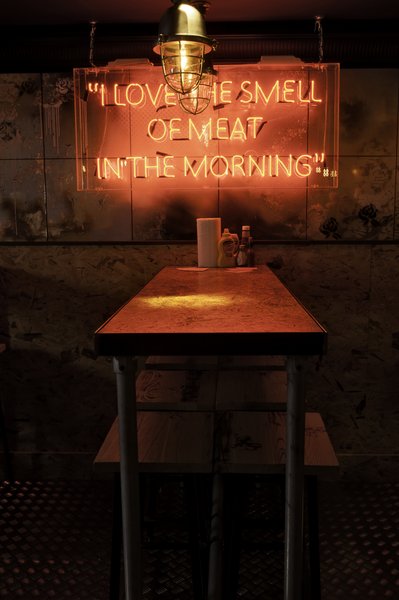 The Boozy Cow is clearly trying to juggle both a gourmet burger horde as well as an ex-Amicus cocktail clientele, but its strengths lie more so in their food delivery. Don’t get me wrong though, a couple of cocktails go down an absolute treat post grub, and with some honing they could become definite contenders for some of the tastiest gourmet burgers in the city.