Help to back a soup-er Kickstarter for Union of Genius

Two years ago, I was informed that one of my favourite independent cafes in Edinburgh was seeking investment through Kickstarter. Union of Genius was Scotland’s first soup cafe and also the workplace of my good friend Amy. I was already very familiar with their soup, being a regular in the cafe, where I would grab lunch and chat to Amy when it wasn’t busy. When I found out they were running a Kickstarter campaign, I couldn’t wait to back them. 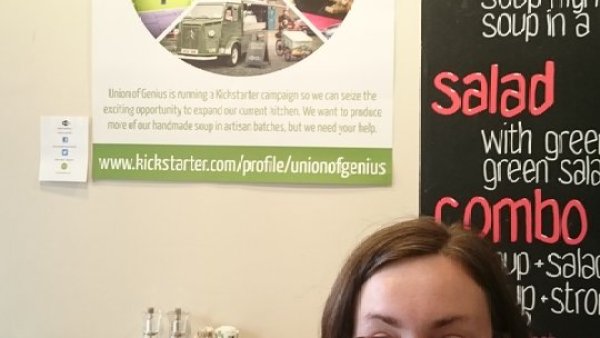 I had heard of Kickstarter, but this was the first food-related Kickstarter campaign I had heard of and I couldn’t think of a more deserving company. Union of Genius not only produce exceptionally tasty soups, but they’re also very green and committed to minimising their environmental impact. The Kickstarter was going to allow them to expand the business, as well as enabling them to provide free soup for the Edinburgh Care Van.

Today, the business is thriving. The commercial kitchen they were able to set up thanks to the first Kickstarter is now at capacity – an impressive feat after only two years. Once again, the opportunity has arisen for them to expand even further, but there is a time restriction in place so they have started another Kickstarter campaign to help them get there. 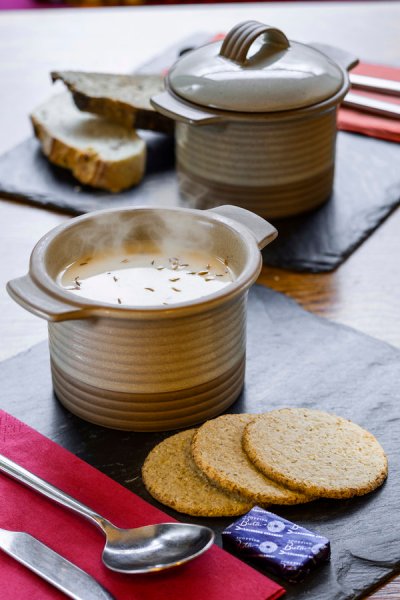 Get it whilst it’s hot!

I had been hoping to show them a greater level of support than just eating a lot of their soup could provide when I found out about the first Kickstarter campaign. Here at last was an opportunity for me to invest in my friends, and the business I believed in so strongly. The Kickstarter rewards were appealing in their own right, but there was also a real sense of community in backing a local business whose product and ethos I respected. 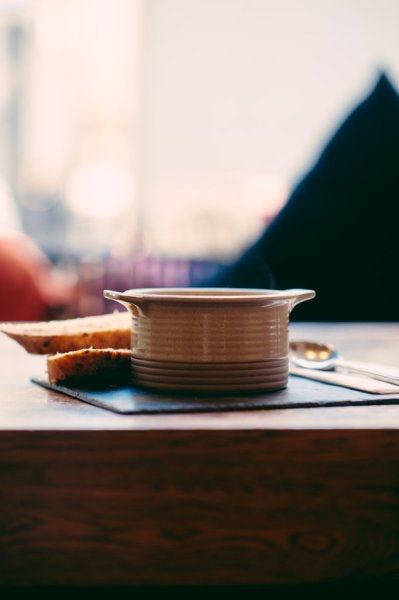 A bowl of goodness awaits

Once the campaign had ended, there was a party in the new kitchen to show backers what their money had bought. Mingling with other soup-lovers, I was struck by the fact that this was a much more community-centred way of funding enterprise. I was able to watch the growth of the business and feel part of that success. Every time I see Dumbo (their mobile soup unit) at an event in Edinburgh, I smile, and not just because it means there will be tasty soup of offer! 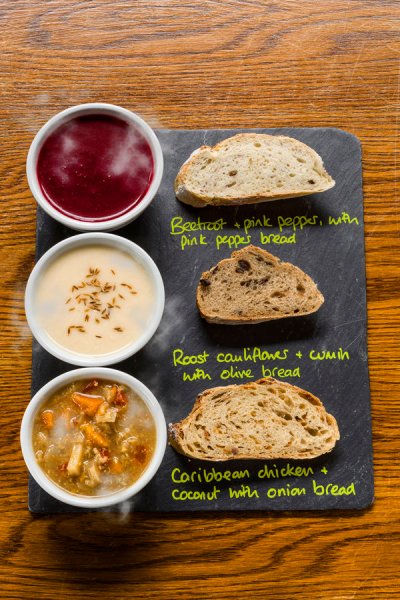 A soup flight, so you can try several flavours

I will certainly be backing them again with this new Kickstarter, and I would encourage anyone to back them and any other local business. Adding to the appeal this time is their commitment to provide a suspended soup for every person that backs them, as well as the option to suspend your own Soupon reward for even further benefit to the community. There is a great satisfaction in being able to feel invested in a business in this way, without having to be rich enough to be on Dragon’s Den. While I may not have stayed in touch with any of the other Kickstarter backers I met at the initial backers’ party, occasionally I see someone in the street wearing a Union of Genius Kickstarter t-shirt. It always makes me smile, because it’s a way of feeling part of a community, a point of commonality with strangers.

With just over half of their funding still to raise and a deadline of 8th June, be sure to back their Kickstarter here and join the soup community!