MaRobert’s Tanzanian sauces bring some spice to my kitchen

I have to confess that when I first received the three jars of MaRobert’s sauces, I wasn’t entirely sure what to do with them. The jar says they can be used as dipping sauces or to cook with, so I opted to try them as condiments/dipping sauces in order to best appreciate their flavour.

There are three levels of heat to choose from: fruity, medium pili pili, and hot pili pili. The only difference between the three in terms of ingredients is the amount of scotch bonnet chili that has been added. The fruity sauce has none at all, the medium has enough to bring a light tingle to the tongue, and the hot is pleasantly fiery but still left my tastebuds intact. 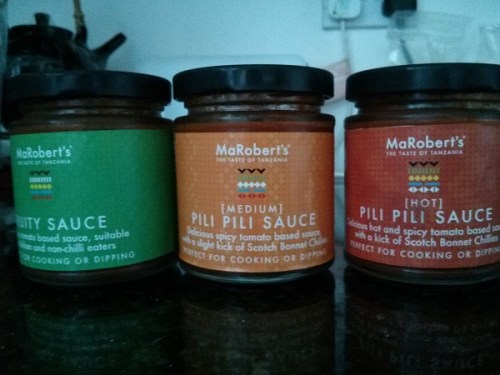 I initially tried the sauces with sausages, as a more interesting replacement for ketchup. The medium was my favourite, slightly sweet, slightly smoky, with a light kick of chili to finish. The hot sauce would probably be best used to spice up a curry sauce or to marinade meat or fish before cooking if you want something with a healthy dose of spice. The fruity sauce was the sweetest of the three and would make a good alternative to salsa at a party.

I’ll admit that I was a little bit baffled as to how to incorporate the sauces into my cooking, but helpfully, MaRobert’s website has a list of recipes to use as inspiration. I was particularly interested to see that there was a recipe for huevos rancheros listed, which I am keen to test out on my Mexican food loving friends. 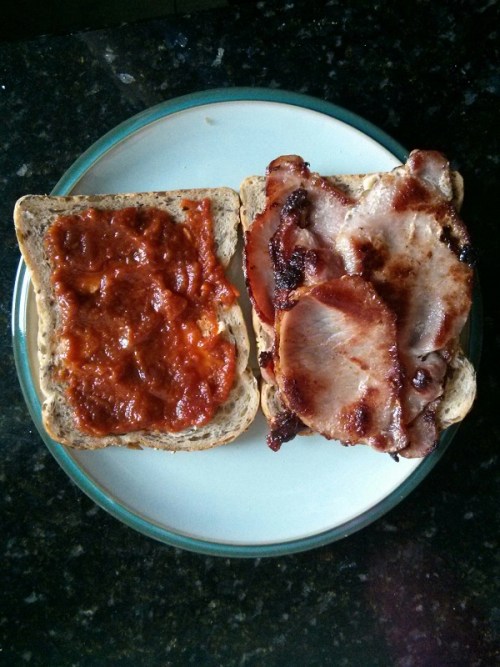 Good way to spice up a bacon sandwich

My next effort with the sauce was, again, at breakfast. I decided to test it out on my bacon sandwich, as I’ve always appreciated a bit of spice with my bacon, although usually in the form of German curry ketchup. Once again, I used the medium sauce, and found it brightened up my morning considerably. The light tang of the sauce was a great match for the salty, smoky bacon and my sandwich was swiftly devoured with much enjoyment. With the remaining sauce, I’m planning to try out some of the delicious-looking recipes from MaRobert’s website.

The only criticism I would have is that I felt directions to the recipes on the website or some form of serving suggestion on the jar would be helpful, as I wasn’t entirely clear how best to use the sauces at first.