We’re lucky enough to be asked to try all sorts of things from different foods to apps. Sometimes, these don’t warrant a whole post to themselves and don’t quite fit into our newsletter, so we thought we’d include a monthly round up of things we love.

The best place to drink tea 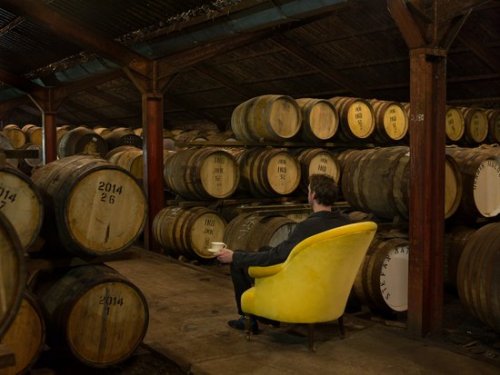 We’re already big fans of the way the folks at Dragonfly tea think. Their teas are lovely (read our review) and now they’ve come up with the idea of whisking you away to somewhere special to drink your tea. No it isn’t expensive, it is simply a lovely photograph of a seat waiting just for you to go and relax.

Dragonfly Tea and the British Guild of Travel writers have worked together to create a new guidebook ‘Brewed with a View’ where sight, touch, smell and your surroundings all combine to create something very special pairing the tastes of rare teas with some of the most stunning views in Britain. The photograph was created to showcase Black Pu’er the only tea that undergoes a fermentation process, which adds earthy complexity and deep, fascinating dimensions to rival any whisky including that produced at this famous distillery. 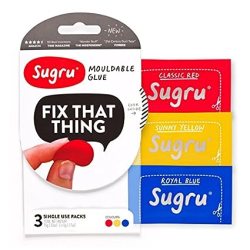 This is curious stuff. Think of bluetack that solidifies and sticks things together and you’ll come close. It is sold in sachets in 5 different colours, so you can choose to try and match it or make a statements.

I fixed the handle back on a jug whose shape I really like and fixed the holder for my floor brush in my kitchen. It was easy to do, just wait for 24 hours for it to harden into a rubber like consistency.

I think it is one of those products that you’re initially not sure whether you’ll use, but then think – now I can fix that (insert thing) that’s been hanging round for ages.

For those of you who cook a lot of Indian food, particularly Southern Indian food, you’ll be familiar with the ginger garlic paste that is the base of many dishes. Of course you can buy fresh ginger, but if you have run out or want something a little easier to use (no preparation necessary) the minced ginger from the Ginger People is ideal and just happens to be organic. The Ginger People Organic Minced Ginger

is part of The Cooking Essentials range from The Ginger People and is available from independent health stores nationwide. All RRP at £2.79 and the *Organic Ginger Syrup RRP £3.79. A great item for the store cupboard.

Give your larder a religious twist

I guess we are all quite familiar with beers and other drinks made by religious organisations. After all, many recipes were thought up by monks and nuns. Other items might not be so familiar, such as chocolates and jams. Where would you purchase such foodstuffs unless you were visiting the place where they were made? Well, hidden amongst such essentials as clothing for the clergy and votive candles on the Italian Holy Art website, there’s a section including produce from monasteries from olive oils to honies, to jams to chocolate. Worth a look if you’re looking for something a little different and want to support the monks and nuns.