Three Chimneys – where Skye’s the Limit

A trip to a fancy restaurant is always a treat but the fantastic weather on Skye the day we visited Three Chimneys made the visit near perfect. Crisp blue skies, still green lochs, sunlight bouncing off the bright white cottage. Better still, as soon as we pulled up, the smell of roasting meat greeted our eager lunchtime nostrils. 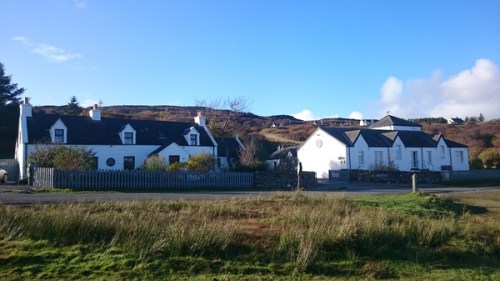 Three Chimneys from the coastline: restaurant on the left, hotel on the right

Perusing the menu, we tucked in to slices of three different homemade breads, each better than the last: smoked ale and oat, dark and aromatic; mature cheddar and leek, slivers of cheese crisped on the crust; potato and rosemary; the denseness lifted by the herbs. The dulse and smoked salt butters were a delight too. 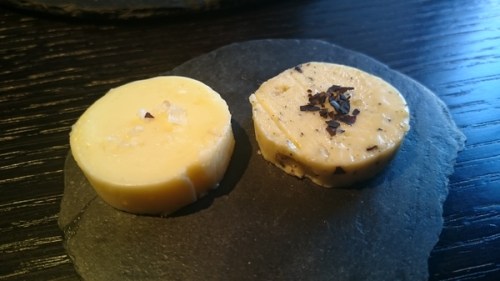 Fellow diner Raymond began with a huge, filling bowl of West Coast fish soup; sweet, savoury and moreish. Rather than the creamy affair we expected, chunks of white fish and fresh mussels bathed in a herby tomato broth topped with crunchy salted croutons. Meanwhile I had the Colbost Skink – a play on the classic “Cullen” version – with smoked haddock, black pudding, a perfectly runny egg yolk and a dram of Talisker 10 year, poured over by the waiter. What a combination – the whisky really lifted the dish and gave the protein-heavy main elements a tangy counterpoint. 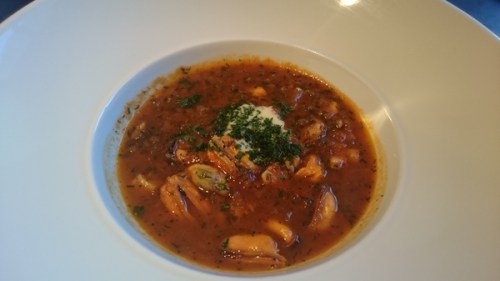 To follow, Raymond was immediately drawn to the ‘Head to Tail’ Black Isle beef, a full cross section of five of the best parts of the cow, from tongue to tail. A journey through textures of ‘moo,’ everything was packed with flavour and perfectly pink. The accompanying crispy pastry of the sweet caramelised shallot tart and the soft potato fondant had me coveting the lot. 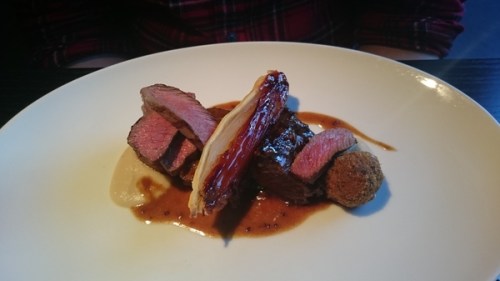 I opted for the seafood platter – where better to enjoy fruit de mer than on an island? – and looked forward to the langoustine, oysters, crab, scallops and whitefish. It was enjoyable but I feel a need to criticise. I felt the dish was overly fussy, as every piece of seafood bar one oyster had had something done to it. Personally, I think good seafood should be left alone: my scallops don’t need glazed, my lobster doesn’t need sauce, my mussels don’t need batter etc. It was still delicious but I wished the description had indicated what was to come. 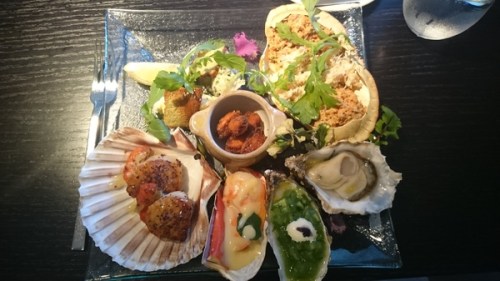 To finish, Raymond made another fine choice, opting for the dark chocolate delice with caramel, Skye sea salt and crème fraiche ice cream. The ‘squidge’ of the delice’s thick fudge-y mousse was heavenly as it began to melt in the mouth, whilst the ice cream was light and fresh; a wonderful counterpart. 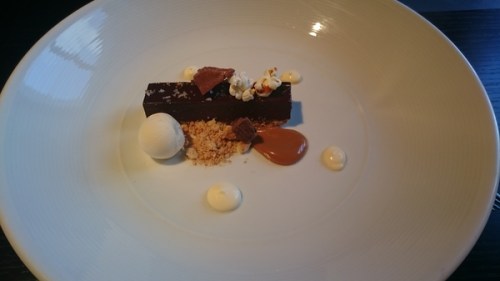 My dessert was better though! I was extremely happy with my hot marmalade soufflé with Drambuie syrup and ‘mealie’ ice cream, a mixture of coarse oats and the sort of yellowy vanilla ice cream I recalled from childhood. The souffle stood tall and proud, robust at the edges and fluffy in the middle. Pierced by the waiter and filled with the sticky syrup, it was balanced by the cold, textured ice cream. The ultimate indulgence without being sickly; everything I had hoped it to be. 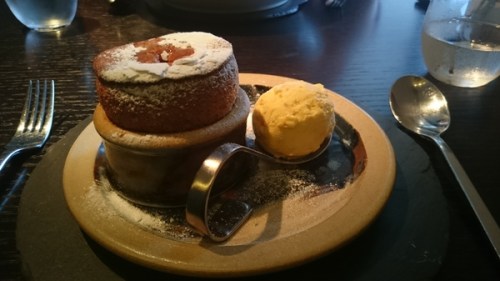 Overall, Three Chimneys did not disappoint. I would love to return for dinner – especially if we could guarantee such spectacular weather again. The experience was memorable and more than met expectations. Service was excellent, portions were generous without being overwhelming and all of the dishes were well thought out, displaying creativity but not pretentiousness. Fine dining as it should be.