A big thank you to Mum on Mother’s Day

. Her mother was a truly awful cook and once poisoned guests at a party. A force to be reckoned with, when Ruth expressed a wish to learn French, her mother sent her off to school in Montreal. It’s is there that her passion for food began when the father of a friend introduced her to soufflé.

I think we were fairly unusual in our household. Each year we’d head off to France for our holiday, driving all over the country at a time when it was more common to go to the English seaside. One story my Mum recounts was when we were staying at a small hotel. We spied some luscious looking strawberries displayed on the counter. At that point, we didn’t speak much French, but indicated that we’d love to have some of the fruits for dessert. An emphatic “Non” came from the waitress. Those strawberries were for Madame the owner only. 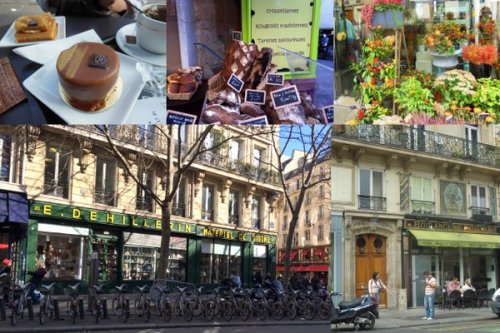 Paris including possible the best kitchen shop ever, Dehillerin

My mother’s recipe book speaks of her love for “foreign” cuisine. There are newspaper cuttings for French stews, Indian curries and Italian pasta dishes. She was a good cook.

When I was 17, I went to work as an au pair, organised by a French friend of my Mothers who lived close by. I was to work in Paris in the (very grand) apartment in the 16th arrondisement. It wasn’t hard, my charge was 11 years old. I went shopping. I had to eat tripe. I became part of a large family and loved every minute. My love of France and the French began. I had to speak French all the time. It was only later that I found out the family could speak good English and shock horror, Madame was actually Monsieur’s mistress!

I like to think my Mum would be very proud of me all these years later, heading off to learn to be a baker in France. Thank you Mum for my French love affair. 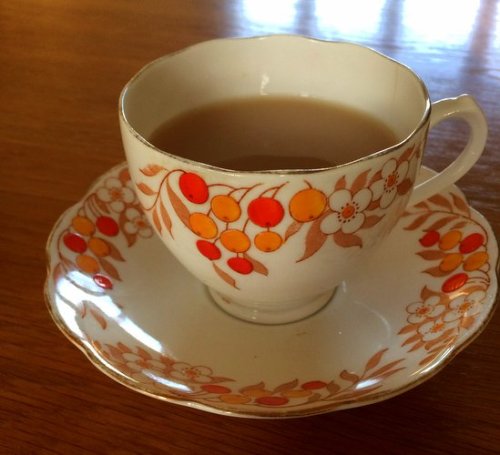 Just looking at this cup makes me smile

Tesco got in touch and suggested we write about how we’d like to treat our Mums. I love the idea of their quirky gifts section for Mother’s Day Presents.  Whilst flowers and chocolates are great, we’re thinking of something a bit different.

Amy: I’d take my mum to David Bann as she’s not a meat lover but enjoys fine dining. We’ve also previously enjoyed trips to Indaba and The Dogs, but most of all she really loved Aizle, so I’d perhaps look at taking her to 21212 or Timberyard.

Caroline: If my Mum was in Edinburgh, I’d take her to somewhere like Locanda de Gusti. If I was in Sweden (where she lives), I’d cook something for her, sous vide fish if it’s just the two of us, or a hearty comforting stew if there are lots of us.

Two of our readers were also thinking of treating their Mums at a restaurant. Doreen would love to take her Mum to l’Escargot Bleu (a very good choice) and Ali is looking for a way to give her Mum a dairy free creamy sauce, preferably at an Italian restaurant.

Since my Mum is no longer around, I’ll settle for thinking of her over a cup of tea. Later in life, she loved to collect tea cups. These were chosen for their beauty. They had to be china, but certainly weren’t expensive. So I’ll choose a new cup with care and I’ve been waiting for the right occasion to sip my special Scottish tea. Perhaps this is it!

Strictly speaking, our celebration for mothers is correctly named Mothering Sunday. It’s the American Sunday in May that is called Mother’s Day. Whilst mothers have been celebrated since pre-reformation times on Laetere Sunday, the 4th Sunday in lent), its revival was spearheaded in the United Kingdom by Constance Smith in 1920.

Constance Smith was a high -Anglican, that believed that “a day in praise of mothers” was part of  a fixed set of ceremonies in the Church of England. Gathering together local customs of the day that honoured mothers—including simnel cake—in 1920, she published a booklet called  “The Revival of Mothering Sunday”. From there, the momentum grew.