With the Mexican Dia de los Muertos (Day of the Dead) last week, there’s been a Mexican theme to my drinking and dining choices recently. Ever since Thomasina Miers won Masterchef, way back in 2005, I’ve been intrigued by Mexican food but it’s only recently that I’ve become a convert to it. 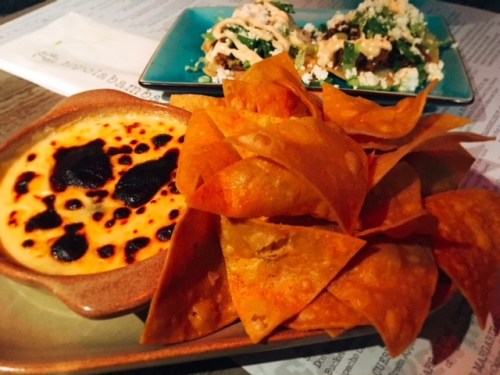 Thankfully there’s no shortage of choices in Edinburgh and in the last month, I’ve been to Wahaca with friends; the launch of a new Mexicana bar, Diablo Loco and also to Topolabamba on Edinburgh’s Lothian Road.

My fellow dining partner, was my best friend’s niece, who’s recently arrived in Edinburgh to study at the university.  As a coeliac sufferer, I was slightly concerned that there wouldn’t be much she could try from the menu. In fact quite the opposite was true.  Everything gluten free is helpfully listed and those not suitable also.

With three restaurants in Edinburgh, Aberdeen and Glasgow, I have to admit Topolabamba hadn’t been on my radar until I got the invitation to try it.  I’m not sure why as the flashing neon sign, above its entrance, certainly attracts attention but I did think the flashing ‘bam’ of Tompola-bam-ba was a lose electrical connection rather than intentional.  Call me old!

Anyway that aside, it was very busy for 6pm on a Tuesday evening. Chris the General Manager was very welcoming, as was our waitress, Martina.

For the guys at Tompolabamba, food isn’t just fuel, it’s a way of life. To them it’s a benchmark on the cultural identity of a country, its heritage, and its people. Combining this research with imported products direct from Mexico and a general love for Mexican food, their menu is a smorgasbord of culinary treats with delicious options for various dietary requirements. They have everything from the cool and mild to the spicy hot (not to mention the various gluten free and vegetarian options) so there really is something to please most people. 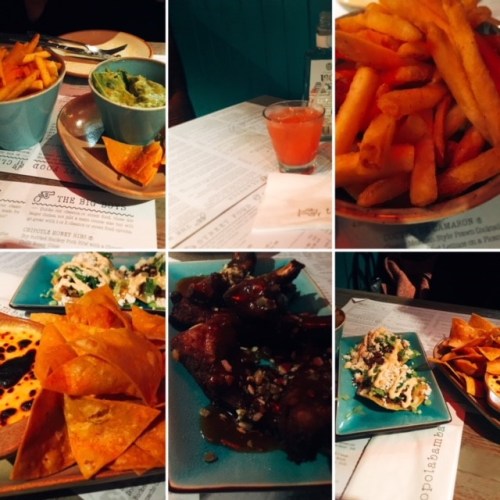 Topolabamba has something to food to please everyone including coeliacs

For a ‘small’ chain, their food is really good and the restaurant has a really good vibe with some great music playing in the background.  Think Gypsy Kings.

We started with a couple of Cuevero margaritas, the classic and the watermelon, which are reasonably priced at £4.95.  They were so good, we were soon ordering another. 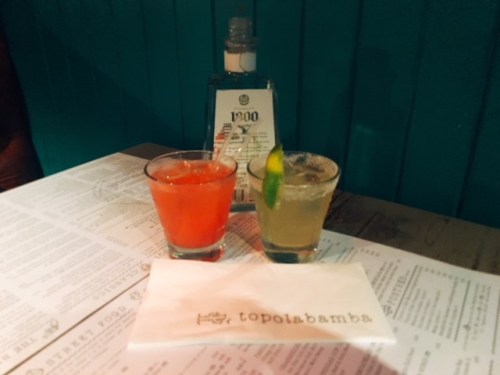 We enjoyed these with guacamole with tortilla chips and some salt and chilli pepper fries, which once again were so moreish, we had to order another helping. At £1.95, it would have been rude not to. 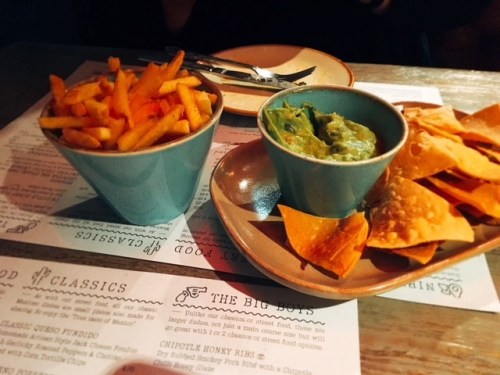 Their street menus is meant for sharing and they recommend ordering three to four dishes per person. I’ve learned from experience that the best way to enjoy this type of food, where there are lots of sharing tapas plates, is to start by ordering a couple at a time, rather than the whole lot. It means that you then don’t become overwhelmed by choice, have a clutter of plates on the table and sin of sins, food going cold! 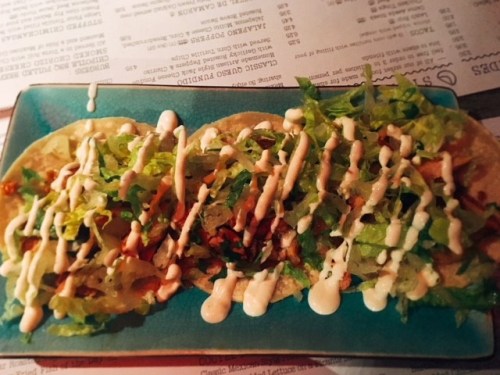 From the Classics, we had Queso Fundido, a homemade artisan style jack cheese fondue with garlicky roasted peppers and chorizo served with corn tortilla chips. This was most definitely both of our favourites.  The Chipolte Honey Ribs from the Big Boys section, dry rubbed smokey pork ribs with a chipolte chilli honey glaze, came a close second.  Sadly we didn’t have room for the Habanero Chicken Wings that I had spied on the menu, but I’ll be picking these next time.

My ploy of ordering a few things at any one time worked well and we were so full that we didn’t have room for desserts on this occasion but there are the staples on there including hot Mexican donuts, churros; horchata ice-cream (I’m not a fan) and a chocolate chilli ice-cream.

Situated on Lothian Road, near the Usher Hall, the Lyric Theatre and the Traverse, Topolabamba is perfect for a quick bite to eat before a spot of culture.  I will definitely be returning as there’s still so many delights on the menu that I want to try.

And if you’re young enough to still be a student, they have a very good value £10 student deal, which is available Sunday to Thursday. Enjoy a burrito or a quesadilla with a side of fries, a bottle of Sol or one of their classic margaritas. Oh to be that young!

And if like me, you are a fan of Mexican fayre, check out these other Mexican restaurants and bars in Edinburgh:  Wahaca on South St Andrew Street;  Bodega on Leith Walk and the newly opened Diablo Loco in Edinburgh’s south side. 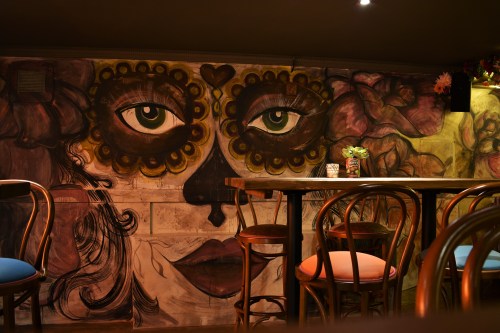 And if cooking is your thing, then Lupe Pintos on Levan Street, is a must.  It’s an Aladdin’s cave of Mexican and other countries’ ingredients .  Pick up everything you need to make Lupe Pintos’ famous chile con carne recipe.

Kerry dined as a guest of Topolabamba