Redwood – a little corner of California in Edinburgh

July 2014: Redwood Restaurant becomes Redwood Bistro. It will open fully in Autumn 2014, in the meantime, check out the pop ups and Festival Events over the summer.

Set in St Stephen’s Street, Stockbridge, Redwood Restaurant has become a favourite with locals and food lovers alike. I caught up with owner and chef Annette Sprague to find out more. 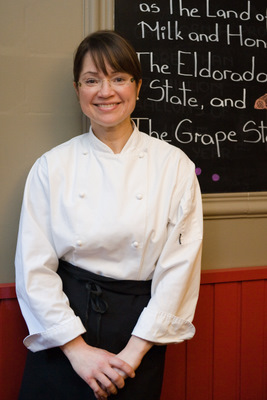 What meal did you most enjoy recently?

I’ve just come back from Oaxaca in Mexico. I was particularly impressed with duck breast with tomatillo, pumpkin seed and lentil with mole sauce – wonderful combination. Tomatillo look rather like green tomatoes but are actually part of the Physalis family. There are many variations of mole, but this one included spices and chocolate. Moles are a classic Mexican sauce made from blending dried chillies, spices, nuts, and seeds.  There exist many combinations, with the most well-known being Mole Poblano, which is made with chocolate & chillies (and usually served with chicken).  The mole sauce I had with the duck utilized tomatillos and pumpkin seeds along with chillies et al, but no chocolate (called Pipian Mole Verde).  Absolutely delicious!

What is California Cuisine?

Rather than being associated with specific dishes as Spain with paella or Italy with pasta, California cuisine is about the produce that is grown in abundance in the state and the approach to food that Alice Waters pioneered the cuisine in the 1970s. Until that time ingredients were sourced from abroad, from France, rather than locally!
Although the word fusion is overused it describes Californian cuisine well: dishes are influenced by many cultures, including Italian, Vietnamese and Mexican which come together to create something essentially Californian. We eat outside, we love our meat and BBQs. I think our salads really sum up the essence of California cuisine, fresh and delicious. 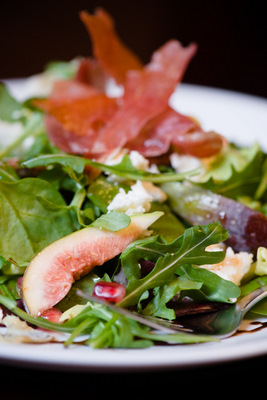 What inspired you to set up Redwood?

Two reasons, firstly after running a successful catering business for 5 years, I wanted to get away from schlepping all the equipment from one place to another!

Secondly, I was frustrated at the lack of restaurants in the middle price bracket in Edinburgh that provided good consistent tasty food and a good wine list.

How do you create dishes for the menu?

I am inspired by fresh local produce and also my particular passions at the time. I like to develop dishes on themes.  You will definitely see some Mexican influenced dishes on the menu this Autumn!

What has surprised you about opening the restaurant?

I really shouldn’t be surprised by this, but I have found the support from people who live locally amazing. I have many regular customers who recommend the restaurant to friends of theirs and who are loyal fans. 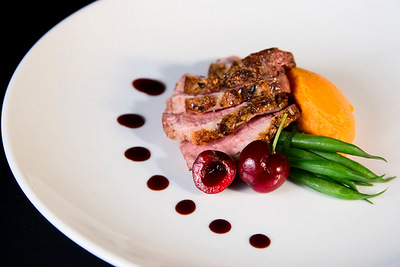 What has frustrated you the most about opening the restaurant?

The restaurant has a very small kitchen with no room for a dishwasher. It’s been incredibly difficult employ a good kitchen porters.

How do you promote the restaurant?

We have been lucky enough to receive excellent reviews in many publications including locally based publications such as the List but also through international sites such as TripAdvisor.  We get a huge amount of recommendations by word of mouth.

I particularly enjoy doing cookery demonstrations and classes and plan to do more this coming year. We use Twitter to let our followers know if we have last-minute availability for dinner.