Quick bites: Meals in a hurry

Recently, I had the chance to taste a range of cooked meats from Tarbet’s fine foods. 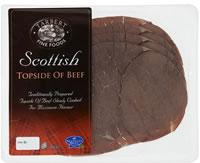 I particularly enjoyed the slow roast beef – it was moist and very much like the sort of beef you’d like to cook yourself if you had the time!

As it was chilly, salads for me were out, so I decided to use the meats in other meals. The Oakwood Smoked Ham ham was popped into a white sauce with some of the left over turkey and topped with pastry – yum; the Ham and Arran Mustard ham was chopped and stirred into pasta together with some pesto – delicious and the beef in a sandwich made with really good brown bread and cranberry sauce – perfect!

I rather liked have the meats to hand, it was so simple to create a meal without resorting to ready meals!

Tarbet’s Fine foods are produced by the Browns Food Group which started as a small family butchers shop in Biggar 1885. It is a family run business now based in the Borders of Scotland, in Kirkconnel and supplies a wide range of chilled and frozen foods to supermarkets including Asda and Tesco. 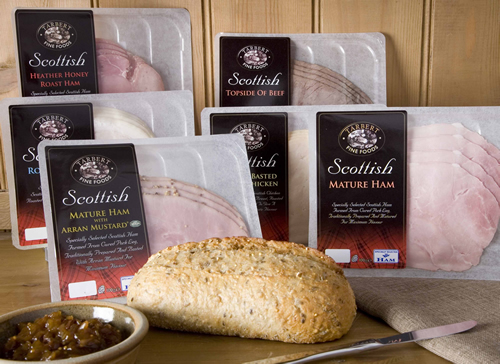 Range of meats from Tarbert Foods